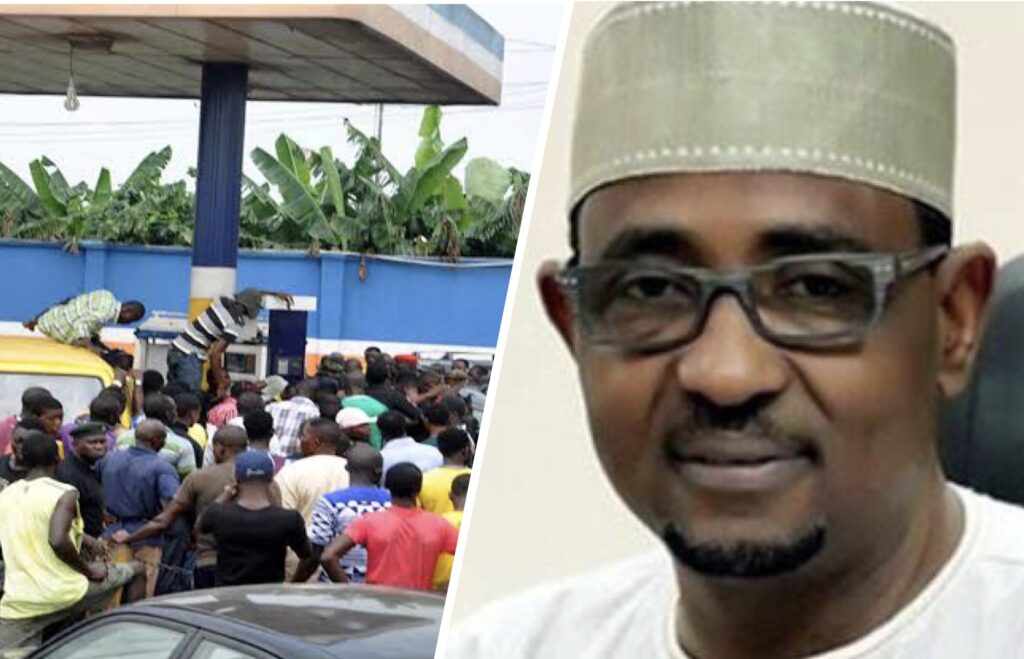 The agency said there is no need for panic buying by the public.

His assurance became germane after long queues appeared in major Nigerian cities including Abuja and Lagos.

The downstream petroleum regulatory agency said it was also working round the clock with other stakeholders to address the issue of substandard PMS, also known as petrol, imported into the country.

The Chief Executive NMDPRA, Mr. Farouk Ahmed, stated this during a meeting with downstream industry stakeholders on Wednesday in Lagos.

Ahmed said the imported PMS was discovered to contain methanol above the specified volume , adding that  a technical team comprised of stakeholders was working towards resolving the issue.

He said: “Today, I am happy to say that loading has been going on in most of the depots because we have been able to identify, isolate and quarantine the limited amount of gasoline that was affected by the methanol volume that was discovered.

“We have vessels that have arrived the country recently.

“At least six arrived in the last few days ordered by the NNPC carrying a total volume of close to 300 million litres just to close to gap created by those vessels we have withdrawn from the system.

“Again, with aggressive importation by the NNPC, this will be closed in a few days from the data we got from the NNPC’s import programme.

“Loading is also ongoing in most of the depots that have confirmed spec products so there is no need for panic. Hopefully by tomorrow or early Friday, Lagos will be cleared.”

According to him, there is a 9,000MT vessel that is currently about to discharge at the Apapa Port.

He said this vessel would be providing PMS to major marketers including OVH Energy, TotalEnergies, 11 Plc, Con Oil and Ardova Plc.

Ahmed said there were also vessels on ground to supply products to DAPPMAN members while the technical team would continue to work on how to salvage the withdrawn products in their depots.