All Eyes on Anambra as Soludo Takes Over Today 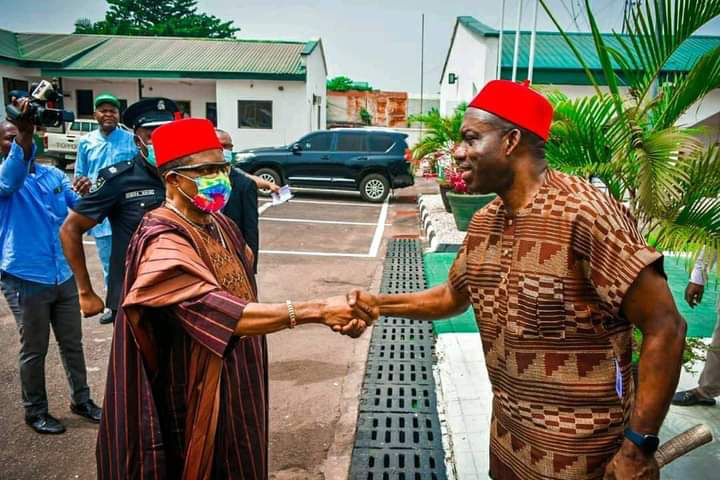 All eyes are on Anambra State in the South-East of Nigeria today as former Governor of Central Bank of Nigeria, Prof Charles Chukwuma Soludo takes over the office as Governor.
The Independent National Electoral Commission had declared Soludo winner of the election which was also contested by other heavyweights such as Senator Andy Ubah of the All Progressive Congress and Valentine Ozigbo of the Peoples Democratic Party.
The transition committee has announced a low-key inauguration of Soludo a Awka, the state capital.
Earlier on Wednesday, outgoing Governor, Willie Obiano, conducted Soludo round the Government House facilities after handling over to him officially at a brief ceremony.
The event was to fulfill constitutional requirement to avert any vacuum before the physical and public swearing in of the governor today.
As against usual tradition, Soludo’s inauguration will take place at SSG Conference hall within Government House, Awka.
Previous ceremonies of this nature had taken place at the Dr. Alex Ekwueme Square, Awka.
Only 50 guests are expected at the event while residents are enjoined to either join the ceremony online or watch on television.