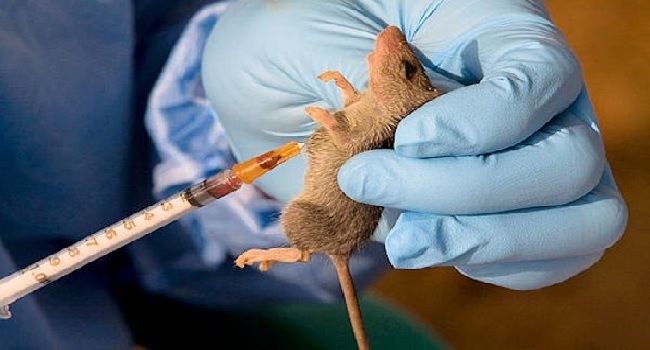 The Nigeria Centre for Disease Control on Monday issued a warning over Lassa fever cases, which it said had risen to 4,632 and 102 deaths.
The centre’s warning is comings amidst growing cases of coronavirus infections.
The NCDC, in its latest advisory, announced the possibility of Lassa fever presenting malaria-like symptoms such as fever, headache, sore throat, general body weakness, cough among others.
The centre said it has sent letters to states on the dangers of Lassa fever and the symptoms to look out for.
Since, the last outbreak of the disease in 2016, the agency noted that there had been an increase in the number of recurring cases.
In 2019, the centre noted that a total of 796 cases were reported, while in 2020, a total of 1,165 cases were confirmed during the height of the pandemic.
In its latest advisory and situation report, it said, “Lassa fever initially presents like any other febrile disease such as malaria. its symptoms include fever, headache, sore throat, general body weakness, cough, nausea, vomiting, diarrhea, muscle pains, chest pain and in severe cases, unexplainable bleeding from ears, eyes, nose, mouth and other body openings.
“Healthcare workers should maintain a high index suspicion for Lassa fever. Any illness that has not responded to 48 hours use of anti-malaria or antibiotics should raise an index suspicion for Lassa fever.
“The time between an infection and appearance of symptoms of the disease is 6 to 21 days. Early diagnosis and treatment increase the chances of survival”.
Concerning the deaths, the NCDC stated that Ondo had the highest number of deaths reporting no fewer than 47 deaths, Edo reported 15 while Bauchi reported 12.
It said Taraba reported 12; Ebonyi 9; Kaduna 4; Enugu 1 and Nasarawa with two deaths respectively.”
The NCDC gave the number of cases and the respective states as: Edo 2,725; Ondo 1,006; Bauchi 164; Ebonyi 143; Nassarawa 79; Taraba 72; FCT 59; Kaduna 53;Delta 50; Plateau 42; Benue 34; Kano 24 Gombe 22; Kogi 17;Lagos 16; Borno 15; Enugu 14.
Others include Jigawa 12; Abia 11; Anambra 10; Rivers 10; Imo 9; Adamawa 8; Kwara 4; Yobe four; Oyo four; Cross River four; Bayelsa three; Sokoto three; Ekiti three; Ogun three; Osun three; Katsina two; Kebbi two; Niger one and Zamfara one.
Confirmed cases are treated at identified treatment centres across the country, Lassa fever alert letter sent to states, response team have been deployed to three states.
”The five Lassa fever molecular laboratories in the NCDC network are working full capacity to ensure that all samples are tested and results provided within the shortest turn around time,” the centre said,
Lassa virus is transmitted to man by the multimammate rat.
People also contract the disease by touching soiled objects, eating contaminated food, or exposure to open cuts or sores.
Secondary transmission from person to person can also occur as a result of exposure to the virus in the blood, tissue, urine, faeces or other bodily secretions of an infected patient.