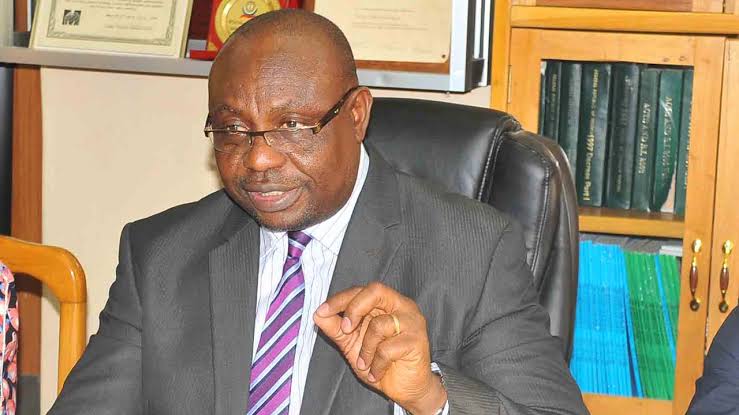 The Independent National Electoral Commission (INEC) on Friday disclosed that only eight political parties have so far indicated their readiness to organize a primary election in Ekiti State.

This is in preparation towards the governorship poll which comes up June 16, this year.
There are 18 registered political parties in the country.
Festus Okoye, INEC National Commissioner and Chairman of, Information and Voter Education Committee, who disclosed this on Friday said the parties that have indicated interests are the Peoples Democratic Party, All Progressives Congress, Action Alliance, African Democratic Congress; and All Progressives Grand Alliance .
Others were, Allied People’s Movement, Peoples Redemption Party; and African Action Congress.
He said, “So far, as at afternoon January 7, eight political parties have given the commission the statutory notice of their intention to conduct primaries for the purpose of nominating candidates for the Ekiti governorship election scheduled for June 16.
“By the Timetable and Schedule of Activities released by INEC, political parties seeking to nominate candidates must conduct their primaries between January 4 and 29,” Okoye said.
He said that by section 85 of the Electoral Act, 2010 (as amended), every registered political party shall give the commission at least 21 days notice.
These according to him include, notice of convention, congress, conference or meeting convened for the purpose of electing members of its Executive Committees, other governing bodies or nominating candidates for any of the elective positions specified in the Act.
“Furthermore, by section 87 of the Electoral Act, a political party seeking to nominate candidates for elections under the Act shall hold primaries for the aspirants and this shall be through direct or indirect means.
“Political parties nominating candidates must ensure that they conduct valid primaries and the primaries must be conducted within the period designated by the commission in the timetable and schedule of activities,” Okoye said.
The national commissioner urged political parties to pay close attention to and comply with the intendment, activities and timelines in the timetable and schedule of activities, released by INEC for the Ekiti 2022 governorship election.
“Political parties are reminded that the access code for uploading the list and personal particulars of nominated candidates will be given to the national chairman of political parties nominating candidates.
“This will be available to political parties that conducted valid primaries in accordance with the constitution, the Electoral Act and the Guidelines and Regulations of the commission,” Okoye added.