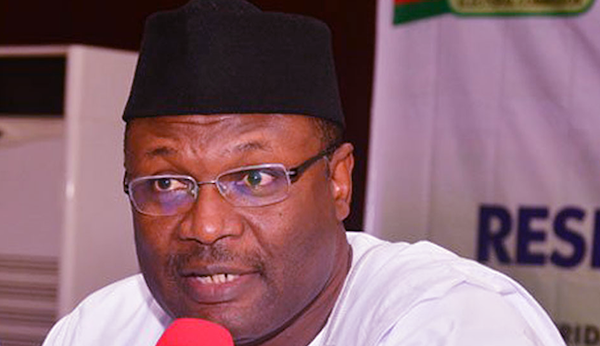 The Chairman of Independent National Electoral Commission, Pro. Mahmoud Yaqubu, on Wednesday, urged the newly inaugurated commissioners to be unbiased referees while carrying out their duties.

The INEC boss made this demand of his commissioners during his welcome address after the inauguration of the six commissioners in Abuja.

He urged them to deploy their vast knowledge and diverse experiences to the service of the country as unbiased referees.

He said, “I urge you all to deploy your vast knowledge and diverse experiences to the service of the country as unbiased referees. I am confident that you will join us in further extending the frontiers of free and fair elections in Nigeria,” he said

” In discharging our duties, we must be strict in the application of law, firm in handing the public trust bestowed in us and fair in our dealings with political parties, candidates and other stakeholders and all Nigerians”.

“Abide by the oath of office and continue to defend the choice made by Nigerians at the polls by protecting the sanctity of the vote without which the value of democratic  election is diminished,” he added

Earlier, President Muhammad Buhari had sworn in six New Commissioners. Four of them are not new to the commission. Mrs May Agbamuche-Mbu, a lawyer, and Malam Mohammed Haruna, a journalist,both were re-appointed to serve for a second term. Mr. Sam Olumekun, a retired civil servant, has served for two terms as Resident Electoral Commissioner (REC) in many States, including Lagos while Mr. Kenneth Nnamdi Ukeagu has been a career staff of the Commission, rising to the rank of Director.

The other two National Commissioners are Mrs. Rhoda Gumus,a Professor of Engineering  and Modibbo Abubakar Alkali, a retired Major General of the Nigerian Army.

With the appointment of the six commissioners, the commission now has the full compliment of 12 National Commissioners.