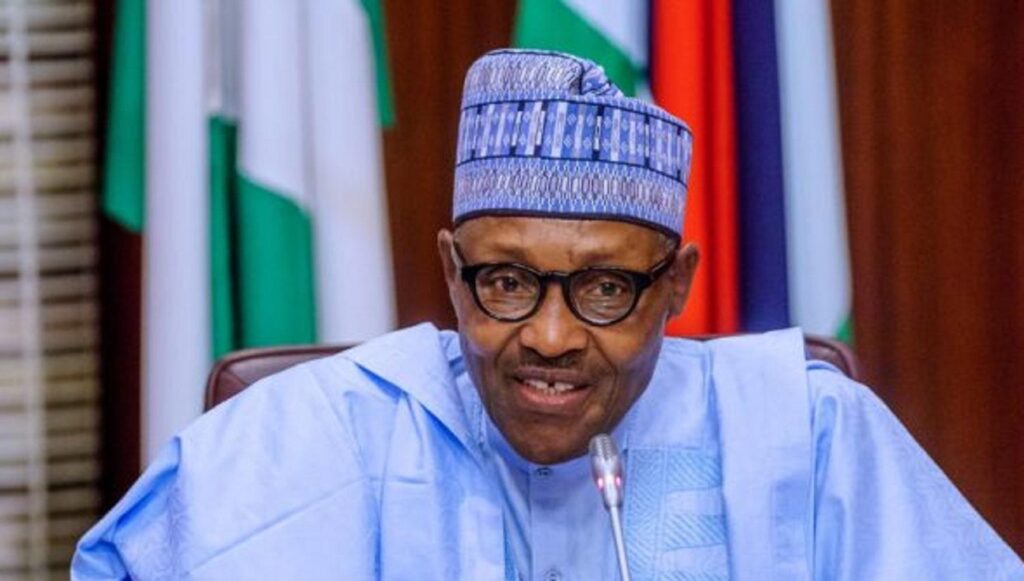 President Muhammadu Buhari has directed ministries, departments and agencies of the federal government to commence the preparation for the 2023 budget which would lead to transition to a new government.
The President gave the charge Friday morning after signing the 2021 Budget law.
The President said the signing on Friday, eve of the new year, is in fulfillment of the promise to ensure prompt signing of appropriations before the year ends.

President Muhammadu Buhari has directed ministries, departments and agencies of the federal government to commence the preparation for the 2023 budget which would lead to transition to a new government.
The President gave the charge Friday morning after signing the 2021 Budget law.
The President said the signing on Friday, eve of the new year, is in fulfillment of the promise to ensure prompt signing of appropriations before the year ends.
The President signed the documents in the Presidential Villa in the presence of Senate President Ahmed Lawan, Speaker of the House of Representatives, Femi Gbajabiamila, and other members of the Federal Executive Council.

At the event, the President said the 2022 Budget, just signed into law, provides for aggregate expenditures of N17.127 trillion, an increase of N735.85 billion over the initial Executive Proposal for a total expenditure of N16.391 trillion.

The President explained that N186.53 billion of the increase however came from additional critical expenditures that he had authorised the Minister of Finance, Budget and National Planning to forward to the National Assembly.

‘‘The Minister will provide the public with the details of the budget as passed by the National Assembly, and signed into law by me,’’ he said.

Directing all ministries, departments and agencies to commence the 2023 budget, the President announced that as the 2023 Budget is going to be a transition budget.
The President said despite the lingering adverse effects of the pandemic, he was happy with the success recorded in the implementation of the 2021 Budget.

‘‘The sum of N3.94 trillion that was provided for the implementation of capital projects by MDAs during the fiscal year has been released fully.

The President commended the understanding and speedy action of the National Assembly on this matter.

‘‘As the 2022 Budget will be the last full year budget to be implemented by our Administration, its effective implementation is very critical for delivering our legacy projects, promoting social inclusion and strengthening the resilience of the economy.

‘‘The Ministry of Finance, Budget and National Planning will implement all measures required to ensure timely and targeted release of capital votes.

‘‘All MDAs are to effect early commencement of project implementation, while ensuring productive use of funds provided for achievement of the objectives set for their sectors.

‘‘Considering the incidence of new COVID-19 variants globally, we will ensure timely implementation of measures provided for in the 2022 Budget to contain the spread of the virus and protect our people.

‘‘We continue to count on the collaboration of the State governments in our effort to protect the lives and livelihood of our people.’’

To achieve the laudable objectives of the 2022 Budget, President Buhari pledged that the Federal Government would further intensify revenue mobilisation efforts.

He expressed optimism in the ability of the Government to finance the budget considering the positive global oil market outlook and the continuing improvement in non-oil revenues.

‘‘To achieve our revenue targets, revenue generating agencies, and indeed all MDAs must ensure prompt and full remittance of collected revenues.

‘‘Relevant Agencies must also ensure the realisation of our crude oil production and export targets.

‘‘I also appeal to our fellow citizens and the business community at large to fulfill their tax obligations promptly.

‘‘However, being a deficit budget, the specific Borrowing Plan will be forwarded to the National Assembly shortly.

‘‘I count on the cooperation of the National Assembly for a quick consideration and approval of the Plan when submitted.

‘‘All borrowings will be judiciously utilised and invested in our future growth and prosperity.’’

The President also directed MDAs to liaise with the Bureau of Public Enterprises and/or the Infrastructure Concession and Regulatory Commission to explore available opportunities for public-private partnerships, concessions as well as climate finance arrangements to fast-track the pace of infrastructural development.

He thanked the Ministers of Finance, Budget and National Planning, the Budget Office of the Federation, and all who worked tirelessly and sacrificed so much towards producing the 2022 Appropriation Act.

‘‘Let me conclude by commending the understanding, sacrifice and resilience of our people during these challenging times.

‘‘As a Government, we remain committed to improving the general living conditions of our people.

‘‘We will continue to implement measures aimed at moderating the unintended negative effects of policies on the citizenry,’’ he said.