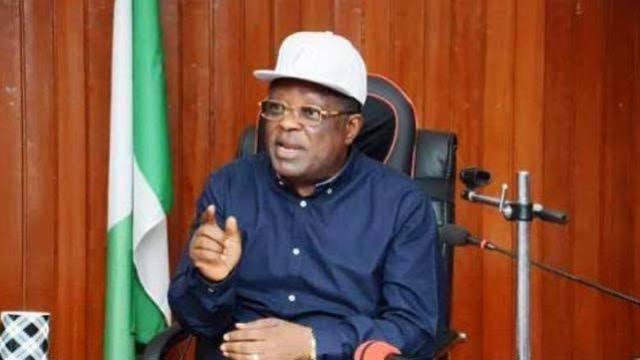 A Federal High Court in Abuja has sacked the Governor of Ebonyi State David Umahi and his Deputy Kelechi Igwe over their defection to the All Progressive Congress.

The duo were elected on the platform of the People’s Democratic Party but defected to the APC last year.
The court held on Tuesday that the votes that brought both Umahi and Igwe to offices belonged to the PDP and could not be transferred to any other political party.
Justice Inyang Ekwo therefore ordered the Governor and his deputy to vacate offices while asking the PDP in the state to produce replacements for them.
There is no constitutional provision that made the ballot transferrable from one party to the other”.