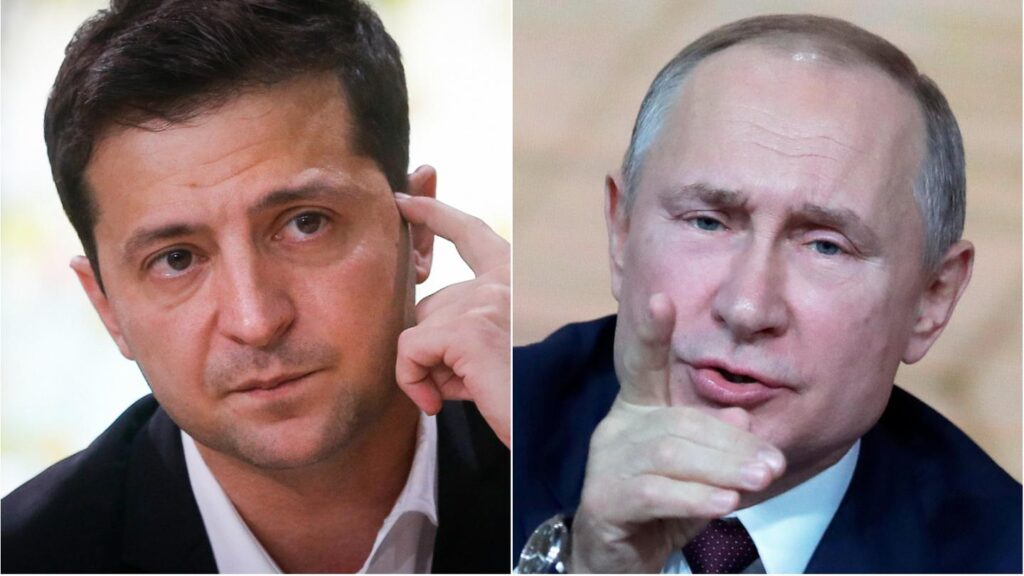 Ukrainian President Volodymyr Zelenskyy has agreed to a talk with Russia over the ongoing war on his country.
It was gathered that Zelenskky agreed to the talks at the border of Belarus.
Zelenskiy spoke earlier with Belarus’s leader, Alexander Lukashenko on the same day that Russian forces entered Ukrainian second largest city when fighting broke out.
The offer of talks is also coming amidst speculations that Putin has put on the alert Russian nuclear forces.

“Lukashenko ensured that during the departure, negotiations and return of the Ukrainian delegation, all planes, helicopters and missiles placed on Belarusian territory will remain on the ground,” according to a statement on Zelenskiy’s website.

President Vladimir Putin, who launched the assault on Thursday with the object of dismantling Ukraine’s military, has said he’s prepared to authorize talks about Ukraine adopting a “neutral” status, a premise Kyiv has rejected. The premise of talks and how either side would define neutrality is open.