Bukola Saraki in the Eyes of Women 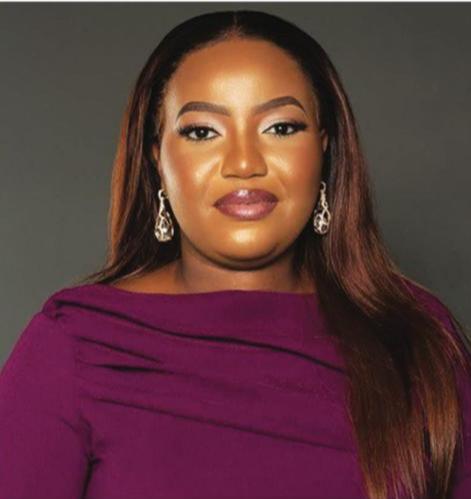 Nigeria needs, more than ever, new leadership that will give women an effective voice in our country’s future. Women contribute so much to many areas of society, but our leadership does not prioritise our needs.

The late former Secretary General of the UN, Mr. Kofi Annan, said that “there is no tool for development more effective than the empowerment of women, and no other policy is as likely to raise economic productivity, or to reduce infant and maternal mortality.” Nigeria’s leadership has not taken heed to the wise words of Mr Annan.
The 2023 general elections are an opportunity to alter Nigeria’s trajectory, and elect leadership that can unite the country and lead for all Nigerians. Dr. Abubakar Bukola Saraki is the only candidate for 2023 with a track record of protecting women’s rights and securing gender equality. Let us look at a handful of Saraki’s notable achievements that made life better for women.

While our leadership has been dominated by men, Dr. Saraki as governor of Kwara State ensured that women filled at least 30 percent of the seats in the state’s House of Assembly and made sure that all the local government vice chairman seats were reserved for women

In 2017 and 2018, Nigeria witnessed a rise in ‘sex-for-grades’ incidents in tertiary institutions. Dr. Saraki responded by directing the Senate to fast track the Anti-Sexual Harassment Bill to protect students – and particularly young women – from abusive teachers. The bill provided for a jail term of up to five years for lecturers convicted of sexually harassing students. The Senate under Dr. Saraki passed the bill and, after it was not signed into law by the executive. I call on President Buhari and the Ninth National Assembly to revisit the bill.

Women participation in elections has always been a barrier to delivering fresh solutions in Nigeria. That is why the Senate under Dr Saraki passed The Women Participation in Elections Support Bill, which created a more amenable political space for women’s participation through affirmative action, enabling legislation and other measures. He has always recognised the importance of women, as well as youth, in his words if we are to fulfil Nigeria’s potential: “My view is that women and youth who constitute more than 50 percent of the voting population must play a key role in the government that come in 2023. That is what all of us, collectively as Nigerians, must do. It is only when we do that, we will serve them better and if we want to do this, they must be part of the system.”

Only seven percent of the nation’s senators are women, and legislation to promote gender equality is repeatedly blocked by lawmakers as it happened in the just concluded constitution amendment process in the National Assembly. Voters took a chance on incumbent President Muhammadu Buhari because he promised change, but this is no different from promises we have heard in the past.

What is the result of this present leadership? 49 percent of our society has been a secondary priority for our leaders yet where leadership has enabled women to flourish, they have propelled Nigeria to new heights. Women are already taking a proactive role in directing Nigerian business. Now, they must take a proactive role in directing Nigeria’s business. In 2023, voters will have the opportunity to choose a leader who has the interests of women at heart. Women voters will have a great say on election day. Women comprise around 47 percent – 39,598,645 – of the 81,004,084 registered voters nationwide.

Voters must elect a candidate with a record of championing women, as well as fresh ideas to break Nigeria free from the monotonous presidents to which we have, sadly, grown accustomed. Dr. Abubakar Bukola Saraki is the only candidate who will further the cause of women as President. He is that rare leader who is not afraid to challenge the status quo for the sake of bringing about a better future. His decisions are not dictated by narrow self-interest, but a care for what benefits the entire country. This is the case for women, but it is also the case for the youth, elderly, and even his critics.
If we are to unite as a country, after the recent years of division, we cannot afford to continue under the same type of leadership. Instead, we need to elect leaders like Saraki, whose history of achievements speaks for itself.

*Okoduwa who can be reached on cynthiaokoduwa@yahoo.com lives in Abuja