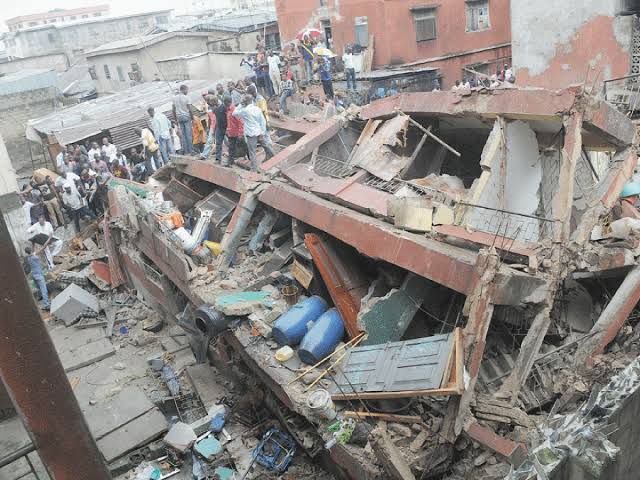 Ogun State Governor, Dapo Abiodun, has ordered an immediate investigation into the collapse of a building under construction at Iperu in the Ikenne Local Government Area of the state.

The one-storey building along Ogere Road in Iperu collapsed and killed two people on Thursday while undergoing illegal construction by the owners.

Abiodun on Saturday, in a statement by his Chief Press Secretary, Kunle Somorin, said he had constituted a four-man team comprising the State Commissioner for Physical Planning, Tunji Odunlami, Special Adviser on Environment, Ola Oresanya, Special Adviser, Bureau of Lands and Survey, Ololade Salami and the State Commissioner of Police, Lanre Bankole, to look into the remote and immediate causes of the building collapse and give a report in one week.

While commiserating with the families of the deceased for the unfortunate loss of their loved ones, Abiodun assured that anyone found guilty or culpable in the incident will be dealt with according to the law.

He said, “No one who violates the building codes or regulations in the state will be allowed to go scot-free. Such person or persons will be made to face the full wrath of the law.”

The statement read that Abiodun had ordered the relevant government agency to immediately seal off the property while the investigation continues.

Meanwhile, the Chairman of the Ogun State chapter of the Nigerian Institute of Building, Olufemi Adeleke, during a press briefing to herald the 2022 Annual Builders’ Day, held in Abeokuta, said only the government is empowered by law to enforce regulations guiding the construction industry.

Adeleke added that the institute was ready to collaborate with the government and other agencies on the enforcement and sanctioning of violators of building regulations.

He insisted that strict enforcement of building codes by developers remains the panacea to the unabated menace of building collapse in the country.

He said, “Everything boils down to the roles our government plays. Government should have a standard and they must ensure that this standard is, at all times, adhered strictly to by professionals in the sector.

“Therefore, the government must ensure strict enforcement of regulations guiding the construction industry to curb incessant building collapse in the country.”

Nigerian Institute of Building attributed the poor enforcement of regulations guiding the construction industry by the government to the incessant building collapse.