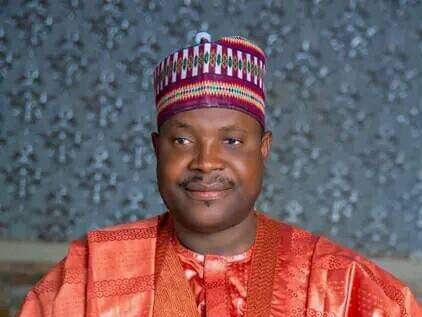 A Federal High Court, Abuja, on Monday, dismissed a suit filed by the Peoples Democratic Party (PDP) seeking the nullification of Mr Aliyu Ahmed Sokoto as the All Progressives Congress (APC)’s governorship candidate in Sokoto State.

In the originating summons filed on Oct. 7, 2022, the PDP averred that the nomination of Mr Sokoto was invalid as the APC had failed to submit his Forms EC9 (personal particulars) and EC13 (nomination form) in compliance with the INEC guidelines.

The party, which argued that the submission of Sokoto’s forms by personal courier was not in compliance with the INEC guidelines, said the electoral umpire cannot publish Sokoto’s name as governorship candidate for March 11 poll.

It said the action contravened the provisions of Section 285 (19) (9) of the 1999 Constitution (as amended),Sections 30 (1), 32 (1) and 73 (1) of the Electoral Act, 2022 read together with paragraph 7.0 of the Guidelines for nomination of candidates for election, the time table and schedule of activities for 2023 election issued by INEC for elections to all political parties.

The PDP, therefore, sought an order setting aside the publication of Aliyu Sokoto’s name by INEC as the candidate of the APC for the forthcoming Sokoto State Governorship Election scheduled to be conducted March 11.

It sought an order of mandatory injunction directing INEC, its national chairman, officers, among others, not to include the name of Sokoto in its list of candidates’ eligibility to contest the election.

It further sought an order of perpetual injunction restraining the APC and Mr Sokoto from parading or further presenting themselves as participating political party and contestant in the forthcoming poll.

However,in his judgement on Monday,Justice Ekwo said he observed that the APC candidate, in his argument, tendered the Certified True Copies (CTCs) of completed Forms EC 9 and EC 13 B uploaded to the INEC’s portal and a copy of acknowledgement slip by the commission as exhibits before the court.

He held that the averments and documentary exhibits of the 1st, 2nd and 3rd defendants were not challenged by the PDP.

“Upon reviewing the evidence in this case, I find that the plaintiff (PDP) has failed to discharge the onus of proof in this case

“And upon not being satisfied with reliable and credible evidence, the case of the plaintiff is bound to fail,”he said, citing previous cases to back his decision.

“The position of the law remains that affidavit evidence which is not challenged or controverted howsoever, is deemed admitted and can be relied upon by a court,”he said.

“I find that the plaintiff has not controverted the case of the 1st, 2nd and 3rd defendants and I so hold.

“Rather, the case of the plaintiff has been demolished by the evidence of the 1st, 2nd and 3rd defendants,” he said.

The judge also held that the PDP lacked the locus to instituted the matter.