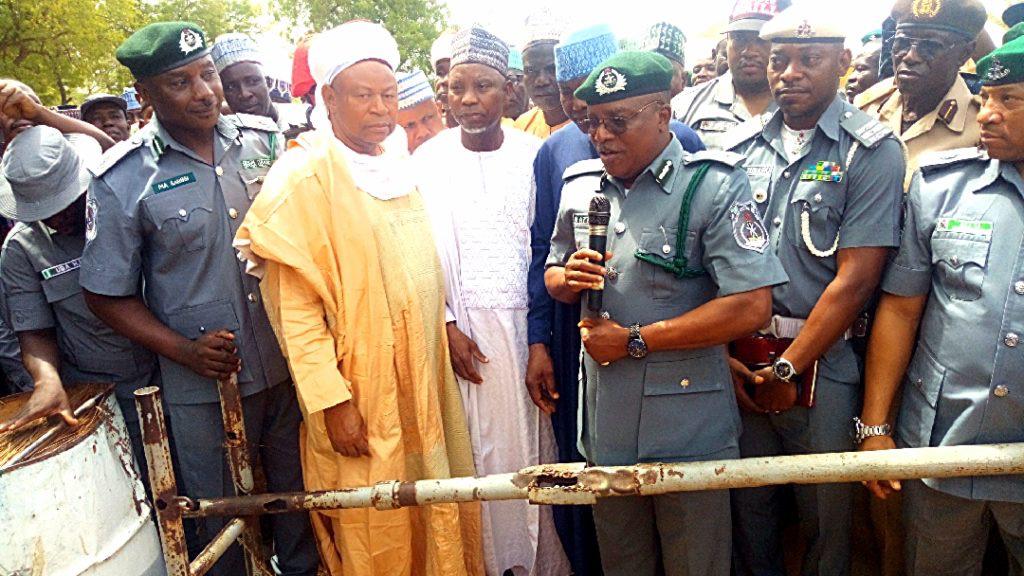 The Nigerian Customs Service (NCS) on Monday officially reopened Kamba border which links the country to Republic of Niger along Kebbi corridor.

The Federal Government, through a circular by NCS on Friday ordered the reopening of the border posts in Idiroko (Ogun); Jibiya (Katsina State) Kamba (Kebbi) and Ikom (Cross River).
The government had closed major borders as part of efforts to curb the spread of COVID-19 and curtail smuggling in order to boost local production of rice and other farm produce.
While officially declaring the border open in Kamba, the Area Controller of the Customs in the state, Mr Joseph Attah, expressed optimism that the border would open a new chapter for mutual economic ties between the two countries.
“The reopening of the border is not an invitation to illegal trade, rather to, among other things, boost economic mutual benefit between the two international actors of the Economic Community of West African States (ECOWAS).
” The border is reopened for trade, and to improve our economy, but you should note that the ban on importation of rice, poultry and other banned products still subsists and will be implemented by the border patrol team,” he said.
The comptroller urged members of the public to support the command with useful information on activities of smugglers in the state.
Earlier, the State Commissioner of Commerce, Industries, Mines and Cooperation, Alhaji Garba Ibrahim, assured that the government would provide all the necessary support to ensure economic growth.
He said the reopening of the border was the right step in the right direction as it would give opportunities to youths and women, particularly Small and Medium Enterprises (SMEs) initially affected by the closure.

“The official reopening of the nation’s borders would impact positively on Small and Medium Enterprises as they would now be able to buy and export their goods across ECOWAS member-states.

“In addition, more revenue would be generated for the country through appropriate payment of duties as West Africa countries bring their goods into the country,” Ibrahim said.

Also speaking, the District Head of Kamba, Alhaji Mamuda Fana, commended the Federal Government for the reopening of the border.
“Our people, especially youths, have been badly affected by the closure of the border, though we are not unmindful of the good intention of the government in its efforts to secure our country.
“The reopening will certainly allow for a free flow of goods, merchants will move their goods out, and other goods can come in, and we hope people, especially the youth will recuperate from their business loses,” he said.