Davido’s Daughter, Imade Asks Why is Her Mother Not Mother to Half-Sister 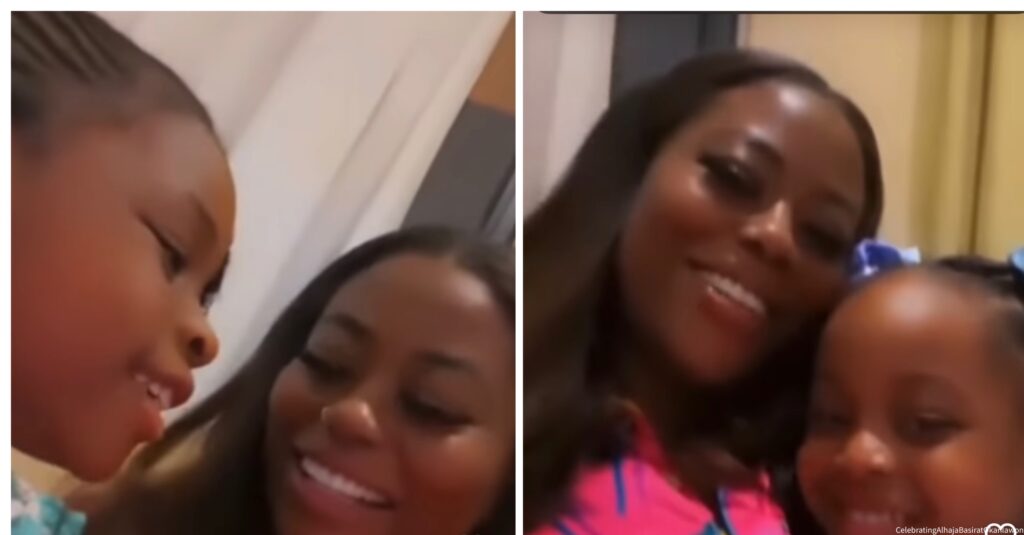 Daughter of singer, David Adeleke, Imade, has asked her mother, Sophia Ajibola Momodu an innocent question, why she is not the mother of her half-sister, Hailey Adeleke.

Hailey was born by Amanda, another baby mama of the singer who is based in Atlanta, the United States.

However, during a Christmas holiday in Ghana, the two baby mamas (Sophia and Amanda) met with their children.

It was during this that Imade asked her mother why she is not the mother of Hailey.

Her mother had told her in the video which was obtained by the NPO Reports that she (Sophia) is also the mother to which the innocent girl responded by pointing to Amanda that she is also her mother.

The scene created a mix of surprise and fun as the two women looked with amazement the implications of the question.

It was a period of reunion for the children who are all part of the Davido’s children from different relationships.

The singer is believed to have at least 5 children out of wedlock.

He is currently apart from his most recognized girlfriend, Chioma.