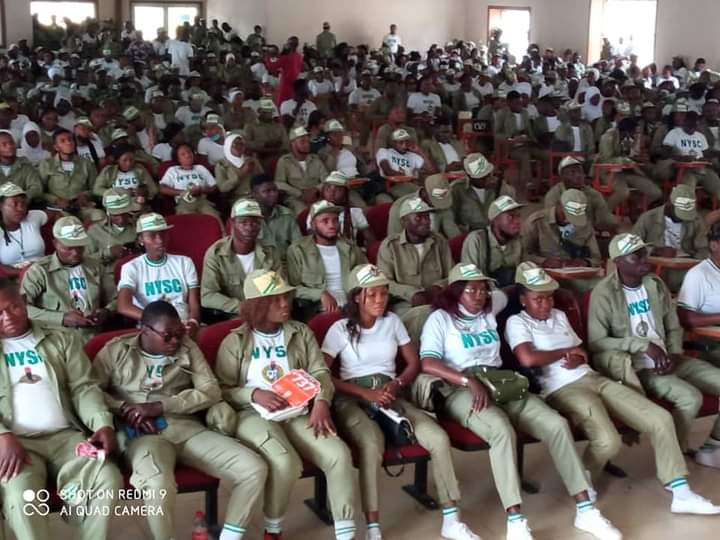 The Director General of National Youth Service Corps,Major-Shuaib Ibrahim has cautioned corps members against acceptance of car ride from strangers and boarding of vehicles from unauthorised parks to avoid falling victims to criminals disguising as commercial drivers.

The D G gave the warning Tuesday morning in a zoom meeting he had with all the corp members across the country during the closing ceremony of the 2022 Batch ‘A’ Stream One orientation course at the scheme orientation.

Ibrahim advised corps members to avoid boarding vehicles from parks other than the officially approved parks in their host communities.

He advised them to be security conscious at all times and avoid risky engagements such as staying out late at nights, attendance of night parties, visitation of dangerous places, and night traveling.

“I want to assure you that your welfare and security are on our priority list, we have sustained the liaison with security agencies and other stakeholders to ensure your safety during your service year,” he said.

Ibrahim enjoined the corps members to brace up for the tasks ahead by advancing the unity and development of the country, urging them to be patriotic, hardworking and resilient as demonstrated during the orientation exercise.

He urged them to be diligent in performance of their duties, integrate their host communities through learning their languages and cultures as well as identify the needs of the communities and initiate personal or group projects that would uplift their living standards.

The director-general enjoined them to embrace self-employed options from skills acquired to equip themselves with self-employment and wealth creation through advancing themselves of opportunities for post-camp training.

He promised that once the NYSC Trust Fund becomes operational, it would enhance provision of adequate training materials and engagement of more specialist trainers.

He said those trained with bankable business proposals would be supported with start-up grants and trainings to be stepped down to the youths in their host communities to pull them out of poverty, reduce youth restiveness and criminality.

Ibrahim also warned the corp members not to pay anyone for their primary place of assignment or relocation.

“Let me remind you on this,do not pay anyone either NYSC official or outside for your relocation or Place of Primary Assignment,PPA and any other related issues.” He warned