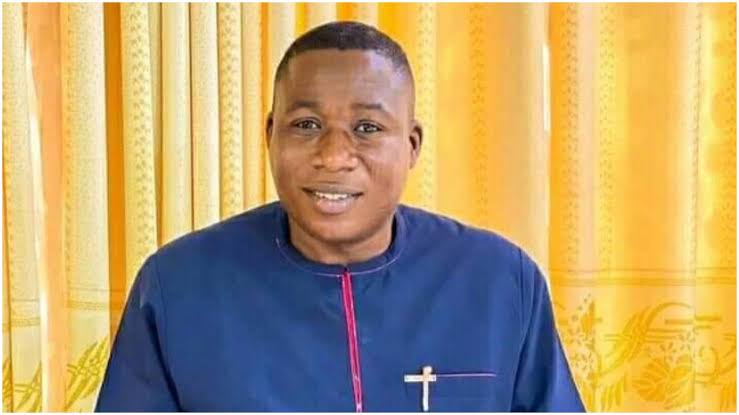 Aare Ona-Kakanfo of Yorubaland, Gani Adams, has urged Yoruba in the Diaspora to approach the African Union Court or International Court of Justice over the continuous detention of Yoruba nation activist, Sunday Adeyemo.

Adams made the appeal in a statement by his Special Assistant on Media, Kehinde Aderemi, on Tuesday in Lagos.

Adams, who expressed disappointment at the manner the case was being handled by Beninese Government, described the continuous detention of Igboho without trial as misplacement of justice.

He noted that the continuous, prolonged detention of Igboho had shown that Beninese authority was no respecter of human rights.

“There was misplacement of justice in the way Igboho’s detention was extended without trial. It is evident that Benin Republic has taken Igboho’s case far beyond the normal legal procedures.

“He never committed any crime. He was just expressing his displeasure under the ambit of law; however, despite the fact that there was no criminal charges against him, the Benin Republic Court still detained him unjustly without trial,” he said

Adams stated that the law of any country that claimed to be guided by the rule of law should be explicit on the rights of individual citizen.

According to him, Igboho’s rights have been trampled upon having spent over six months unjustly in Benin detention for a person who had not been convicted of any offence and a person who is not a criminal by any standard.

“I urge Yoruba in the Diaspora to present Igboho’s case to the global community and efforts should be made to seek redress from the African Union Court (AUC) or International Court of Justice (ICJ).

“The extension of the detention of Igboho further exposed the frailty in the administration of justice,” he said.