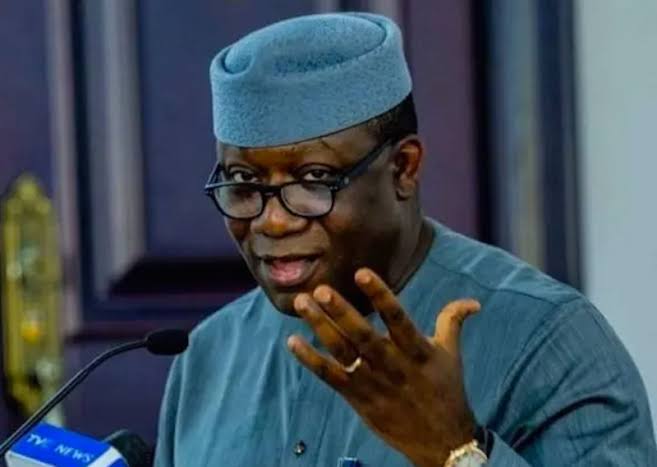 Governor of Ekiti State, Dr. Kayode Fayemi on Saturday carefully evaded answering questions over his rumoured presidential ambition.
Featuring as a keynote speaker at the 35th birthday symposium in honour of the founder of Follow The Money and a youths advocate, Mr. Hamzat Lawal, Fayemi was asked if he is running to be Nigeria’s next president.
In his response, the Ekiti State Governor said his current assignment is not over yet.
Pushed further to answer the same question, Fayemi said he was at the event to celebrate Lawal and not to answer questions on 2023.
In his admonition to young Nigerians, Fayemi said the youths must determine how they want to be involved politically telling them no one would yield the space for them easily.
Fayemi, who had earlier narrated his journey from activism to governance, young Nigerians must determine at what point they want to switch from “fighting against” to “fighting for.”
“Door wont be open to you. You must keep knocking and as a matter of fact, break the door if you must break it. I had done that before,” Fayemi said.
The governor told young persons at the event that they have the advantage of numbers noting that it is only that young people not sufficiently mobilized themselves to achieve the necessary goal.