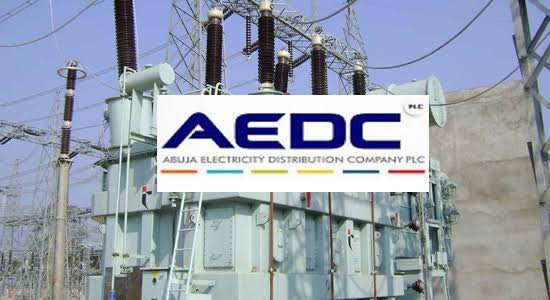 The Jikwoyi Association of Landlords, in the Federal Capital Territory (FCT), has called on the Federal Government to intervene in the matter of poor power supply by Abuja Electricity Distribution Company (AEDC) to Jikwoyi community.

Mr. Bukola Williams, Interim Chairman of the association, during a protest by the association in Abuja, on Saturday, told newsmen that government’s intervention could address the menace effectively.
Williams said that the association had appealed to the government to note the abysmal performance of the AEDC with respect to the community, calling on it to fast track the process of bringing more competent people for effective service delivery.
He said the government should, as a matter of urgency, and in the national interest, consider the termination of the contract earlier entered into with the company.
“The contract includes the provision of more equipment and better service, but the AEDC has refused to provide nor improve on the service, rather they relied on inherited equipment which had become obsolete.
“To this end, it is our humble submission that in view of the incompetence, lackadaisical and unacceptable level of performance by the AEDC, we wish to request that their license be revoked.
“The license should be issued to a more competent company,” he said.
Mr. Adamu Shittu, Public Relation Officer of the association, said that the community leaders had severally requested the AEDC management to make available pre-paid meters to customers.
Shittu said that the community had also requested for replacement of weak and expired poles and cables, adding that the company had refused to meet their requests.
The situation, he added, was posing a danger to the lives of community members.
“It is really unfortunate that with all the numerous requests, AEDC has ignored us and continued with the deliberate ploy to keep our community in perpetual darkness.
“The constant black out of the Jikwoyi community, had caused us serious economic and insecurity problems.
“The community leadership is in-undated with reports, complaints and protests by our members.
“It must be categorically stated that electricity consumers in the community, who are still battling with estimated billing and insufficient supply of electricity, have now been made to pay for meters which are not available,” he said.
Mr. Augustine Ibolo, Legal Adviser of the association, said that the roles played by the AEDC management had inflicted hardship on the community.
Ibolo said that a single phase meter was sold for the sum of N63,000, adding that it was high cost.
“The AEDC unwholesome attitude has caused the community untold hardship in areas of economic losses.
“It is clear that the company is deliberately withholding power to make more profit from consumers for power not supplied.
“The association demands for availability of meaningful, appreciable power supply in the community.
“We demand for immediate construction and installation of new sub-stations within Jikwoyi and it’s environs, as well as prepaid meter to be made available to consumers and immediately.
“We also want an immediate halt to estimated bills,” he said.