A NEW football team finally got their kit off and took to the field completely NAKED for the first time.

The Nacktionalmannschaft -  a pun on the German words for “nude” and “national team” - debuted in front of a 300-strong crowd in Duisburg, Germany. 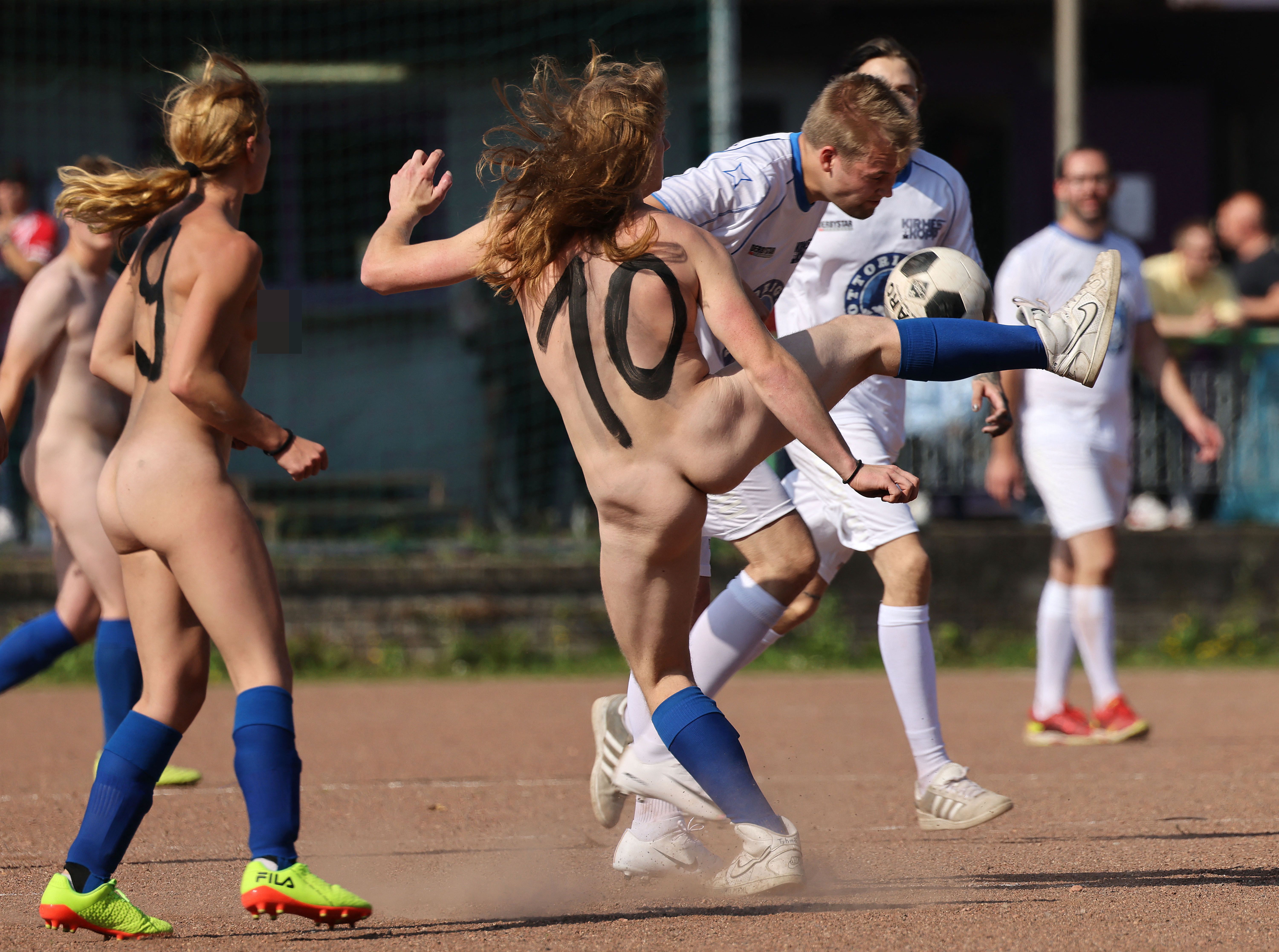 The Nacktionalmannschaft took to the field for the first timeCredit: Getty 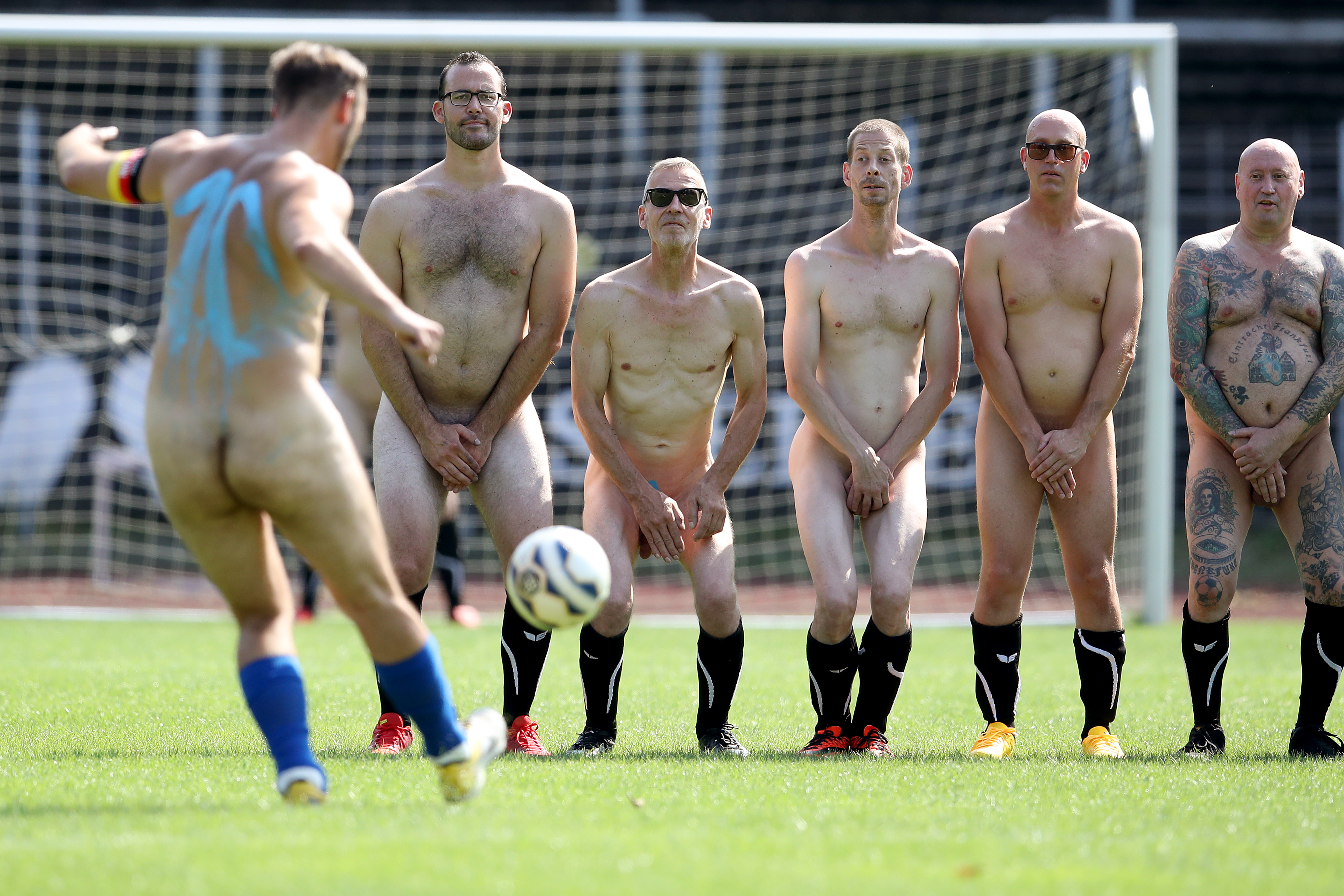 A naked wall gear up for a free kick during a German gameCredit: Getty

The side, which is comprised of both men and women, only wore boots and socks — with their numbers painted on their backs.

The game was organised by artist and filmmaker Gerrit Starczewski, 34.

He said: "A game such as there has never been before in the vastness of the football planet – a team in jerseys against a nude 11.”

Building up to the event on his Instagram page, he added it would be “a furious display of artistry for connoisseurs.”

The artist had previously fielded a naked team in order to protest against the increasing commercialisation of professional football.

And on this occasion his new looks side were pictured with “Boycott Qatar 22” on their backs - a reference to the campaign seeking to persuade the national side to pull out of the 2022 World Cup.

Meanwhile, proceeds raised from the unique event went towards Starczweski’s defence against a lawsuit brought by an amateur footballer whose surname is Ficken (F*** in English).

He is currently suing the filmmaker for violating his privacy after his ID card was displayed in a documentary in 2017.

But back on the pitch, matters were much brighter as the naked team drew 8-8 with the Pottoriginale All Stars. 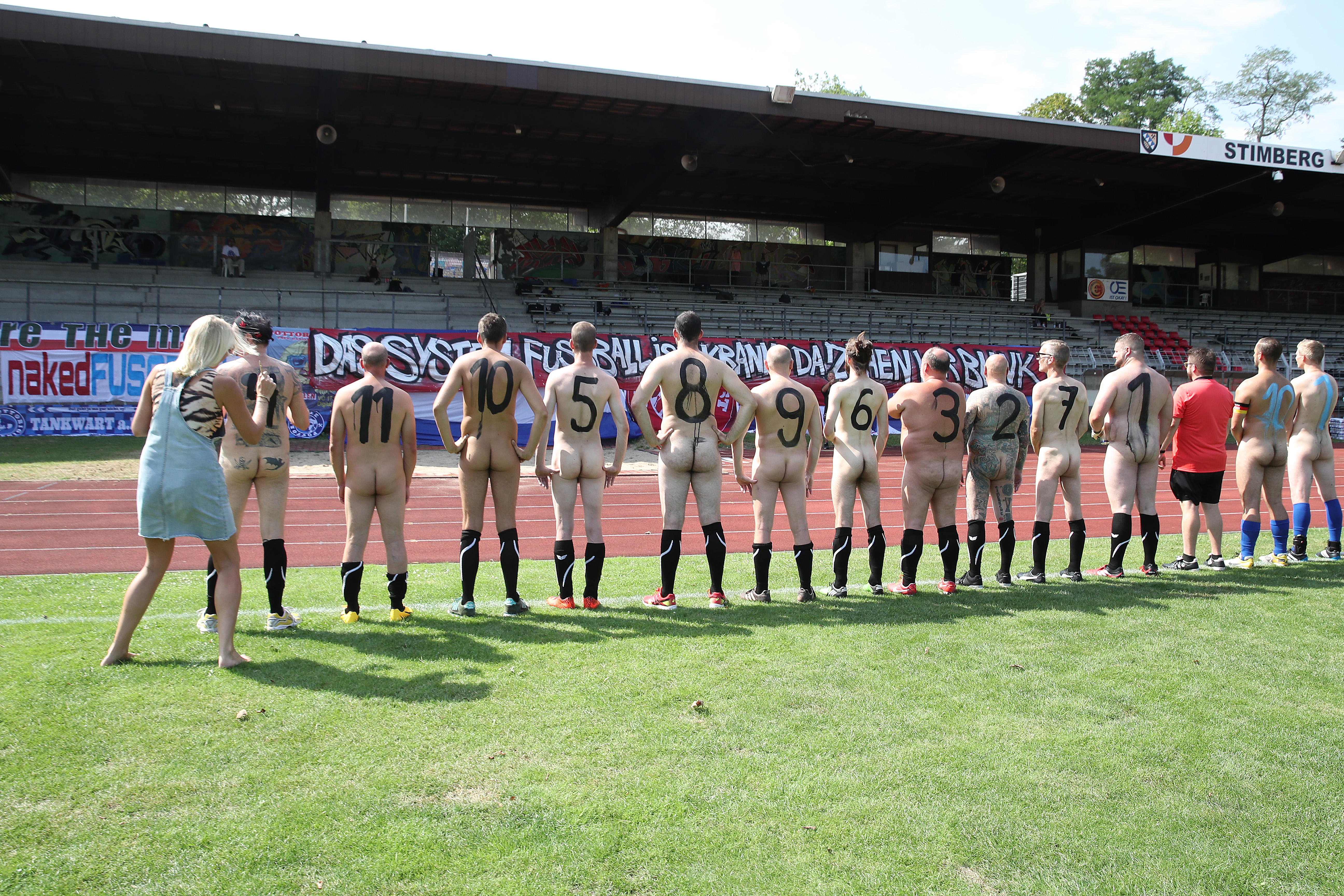 Players wore just boots and socks — with their numbers painted on their backsCredit: Getty 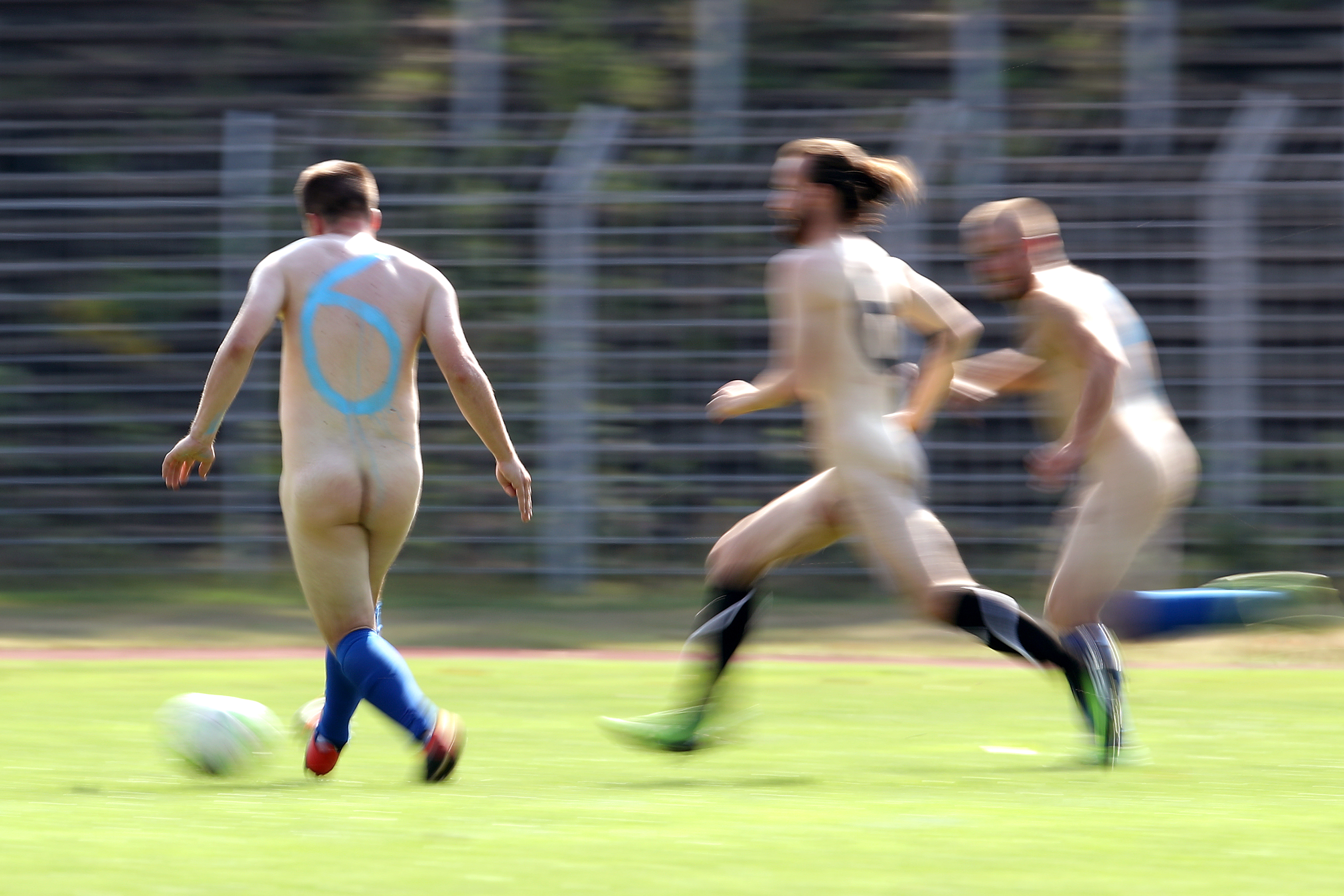 The game was a 8-8 drawCredit: Getty 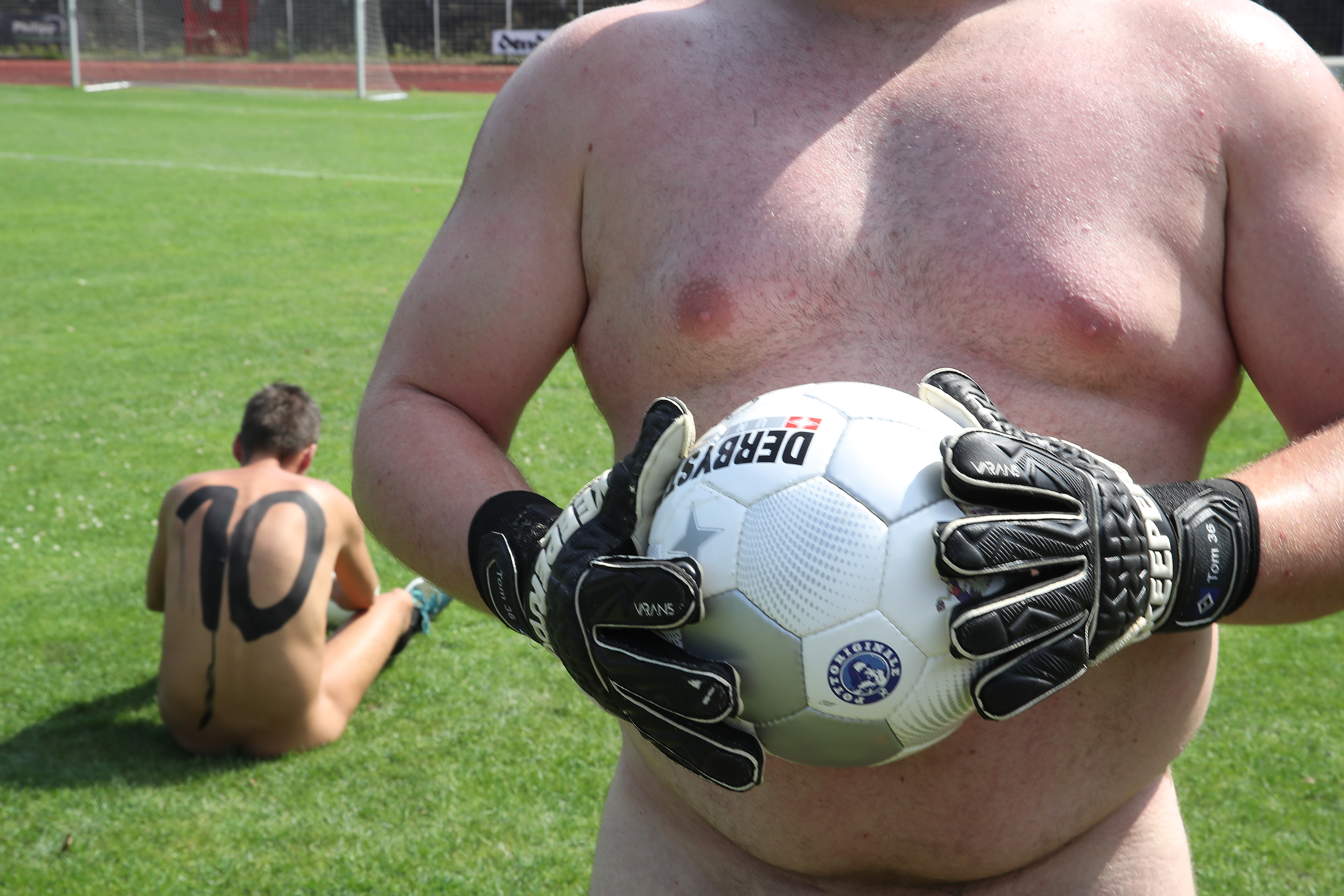 Event organiser called it 'a furious display of artistry for connoisseurs'Credit: Getty