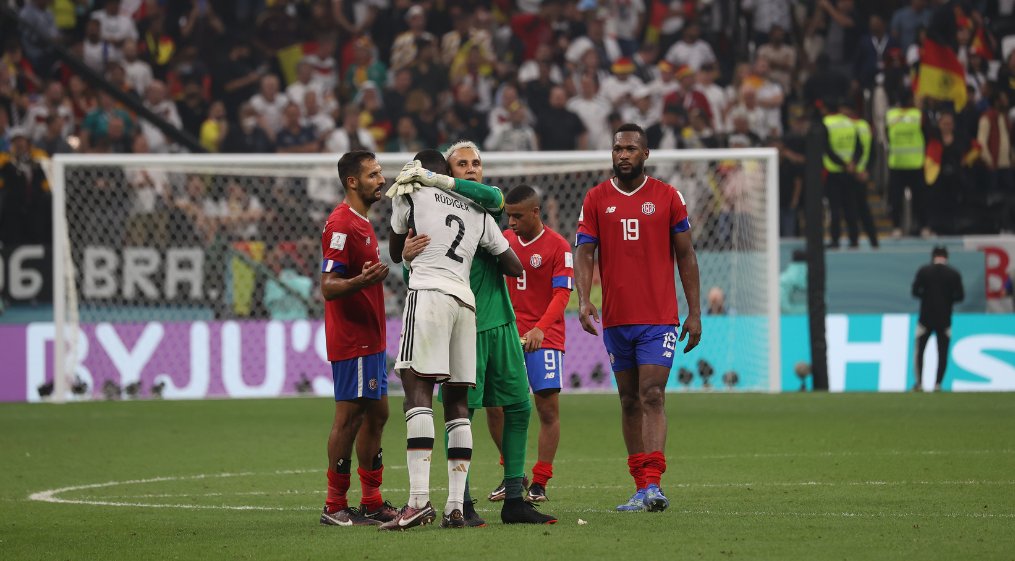 The Germans have been knocked out of the World Cup in the group stage for a second consecutive time despite a 4-2 win over Costa Rica on Thursday.

This was after the four-times champions were consigned to third place in the Group E following Japan’s victory over Spain.

Costa Rica deployed a five-man backline but Germany still found a way through in the 10th minute when David Raum made a cross that was headed home by Serge Gnabry.

This restarted the game quickly fearing goal difference being a factor.

But after learning that Japan were leading Spain in the other group game, Germany appeared to have  let their guard down with Costa Rica scoring  twice with Yeltsin Tejeda arriving late to score the first before Juan Pablo Vargas bundled a second over the line.

Germany’s Kai Havertz grabbed a brace after coming on as a substitute to seal the three points before Niclas Fuellkrug added a fourth late in the game but the final results left Japan at the top of the group while Spain finished second having scored more goals than Germany.

US, Germany to Send Tanks to Ukraine