I Won’t Be in A Nigeria Where Tinubu is President, Wife Senate President – Bode George 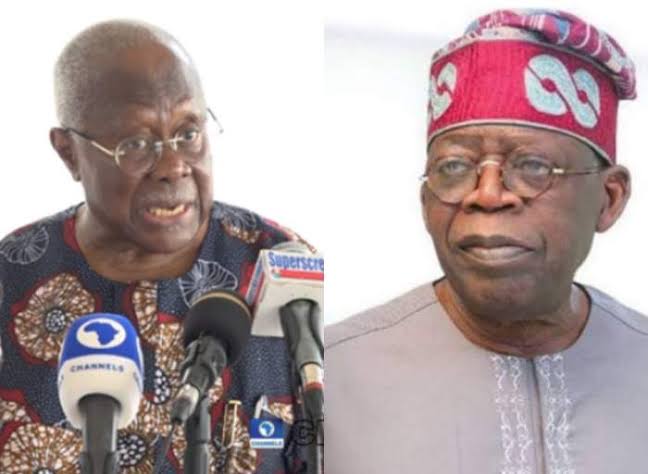 A former National Vice Chairman of the Peoples Democratic Party, Chief Olabode George, has said that he would not be in Nigeria should former Governor of Lagos, Asiwaju Bola Tinubu emerge as successor to President Muhammadu Buhari.

Addressing a press conference in Lagos on Saturday, George accused Tinubu of excessive greed adding that he is a man who does not care if all his family members take over all political positions.
He said he envisaged a situation where Tinubu’s wife Senator Oluremi Tinubu may be elected Senate President while his son may also become the governor of Lagos State.
He said, “If by whatever chance he gets to the villa, I won’t be part of this country. And I am not joking. I can go to Ghana and be watching with binoculars from afar. You will see what will happen.
“This is Alpha-Beta in Lagos. He will create some Alpha-Beta somewhere to carry your money. His wife will now be Senate President. His son will be Governor of Lagos. His daughter will be Iyaloja of Nigeria.
George said he is happy that President Muhammadu Buhari has signed the Electoral Act.