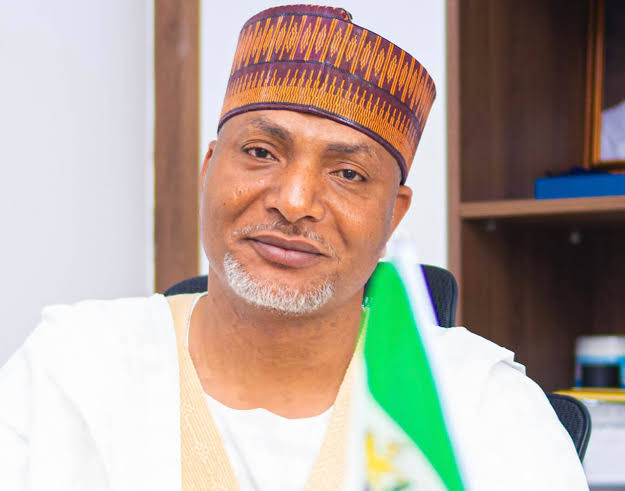 One of the leading aspirants for the position of the chairman of the All Progressive Congress, Malam Saliu Mustapha on Tuesday said he is a very serious contender for the position.

This was after he picked the nomination form for the APC national chairmanship position.
The APC will be electing new officials that will manage the affairs of the party at its national convention billed for March 26 in Abuja.
Mustapha was the former national deputy chairman of the defunct Congress for Progressive Change (CPC) and the Turaki of llorin Emirate,
Mr. Balls Usman, Director General, Saliu Mustapha Campaign Organisation (SAMCO) collected the Expression of Interest and Nomination forms, on behalf of Mustapha at the party’s national secretariat on Tuesday in Abuja.
The APC Deputy Director of Organisation, Mr Sabiu Bello, handed over the two forms after receiving N20 million, being the cost of the forms from Mustapha’s representatives.
Speaking after the forms were presented to him at his campaign office, Mustapha said it showed his level of seriousness to oversee the affairs of the APC.
“This is a clear confirmation that I am in the race and a testament to the seriousness I have shown since I threw my hat into the ring, haven bought the forms on the same day they were made available.
“I will intensify consultations with key party stakeholders with a view to letting them know why I am the best man for the job.
“I, however, want to express my appreciation to President Muhammadu Buhari for paving way for what we have just done today,” he said.
Mustapha is the first aspirant in the APC national chairmanship race to collect the nomination forms.
New national executives are expected to be elected at the party’s national convention to manage its affairs which is presently being managed by its Caretaker and Extra-ordinary Convention Planning Committee (CECPC)