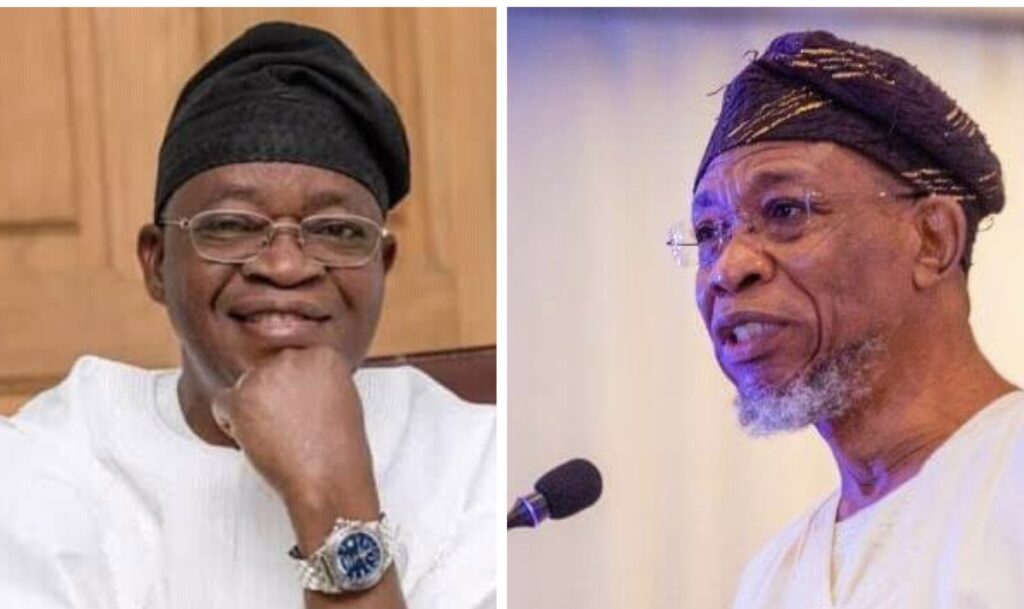 The office of the Minister of Interior, Rauf Aregbesola has raised the alarm over what it called an orchestrated smear campaign on the minister.
A statement by his media aide, Sola Fasure, said on Thursday that there are plans by some groups being hurriedly put together to cause violence on Saturday when the party holds its primary election and blame it on officials of the agencies under the minister’s supervision.
“Our attention has been drawn to a sinister plot by an array of one-man pseudo non-governmental organizations, hurriedly put together and plotted by the leadership of the State Government in Osun on Tuesday evening. Their agenda is to precipitate crisis, cause chaos in Osun and disrupt the APC governorship primary election they are poised to lose. They will then heap the blame on the Minister of Interior, Ogbeni Rauf Aregbesola, and call to question his integrity and leadership capacity.”

The statement recalled the attack o the minister’s convoy last on Monday while entering Osogbo.
It said, “Having failed to achieve their mission of killing the minister on Monday, the sponsors of the evil plot have now resorted to smearing his name, hoping to achieve through the back door, what they can’t get fairly on the field.

“For the avoidance of doubt, the minister is aware of his constitutional role as a member of the governing cabinet, a leading light of the ruling All Progressives Congress and as the Minister of Interior, charged with providing security for the nation.”

It accused the State Government of mounting a campaign of calumny against the Nigeria Security and Civil Defence Corps (NSCDC) because they were providing security for some citizens in Osun while they hold meetings and warded off attacks against them.

“But they were blackmailed in this same manner into withdrawing their protection, only for the group to be attacked afterwards by thugs loyal to the government.

“The public should therefore discountenance the rent-a-crowd pseudo-NGOs. They are clearly misguided.”

Meanwhile, the Osun State Government said there are fears that uniforms of agencies under the Ministry of Interior are being brought to Osun to cloth some thugs.
The government said Thursday that it has intelligence report indicating that some persons have stockpiled the uniforms of the Nigeria Security and Civil Defense Corps , NSCDC, and the Nigerian Correctional Service with an intent to distribute them to non-state actors for use during the All Progressives Congress, APC, governorship primary election in Osun State scheduled for Saturday, February 19, 2021.

The statement signed by Funke Egbemode, Commissioner for Information, said, “We want to warn those behind this nefarious plot to jettison the idea as security operatives have been put on the alert and mandated to deal decisively with anyone bent on causing violence and destruction in Osun State.

“We also want to appeal to parents and guardians to rein in their children and wards so as not to lend themselves as tools in the hands of these merchants of death and instability, whose only stock in trade is violence and precipitation of crisis.

“Osun is known for peace, and as a responsive and responsible government, we are ready to take all legitimate steps to guard the enviable status very jealously.”