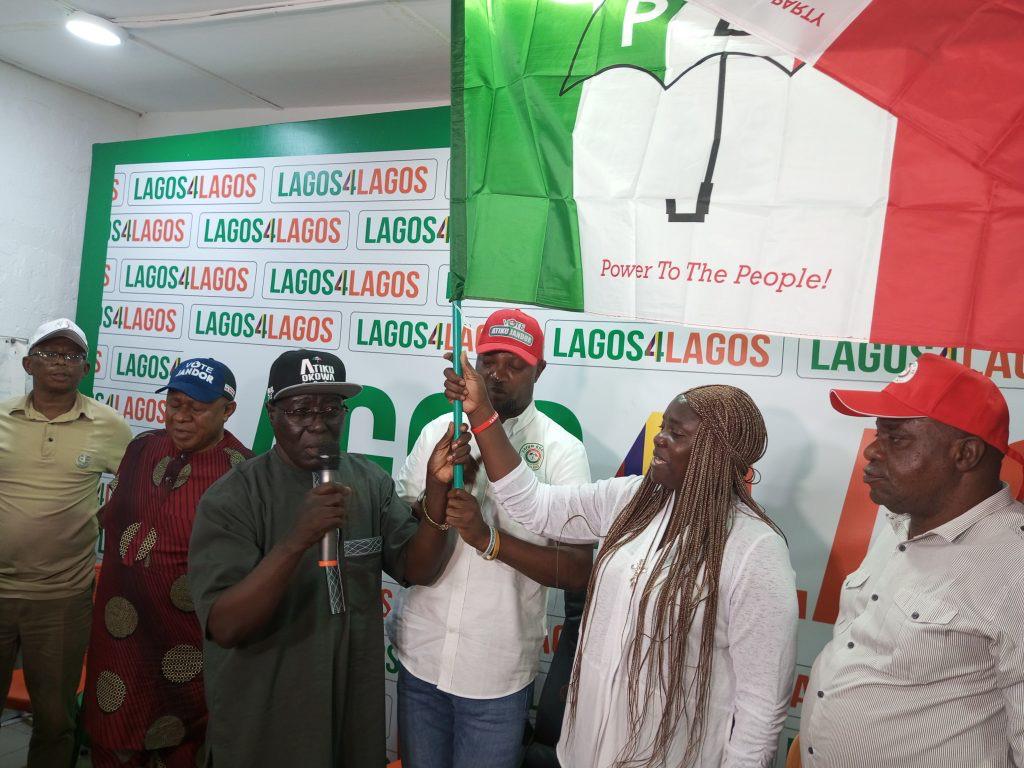 Adeyinka, leading about 15 other party executives to the main opposition party on Monday, said that the decision was based on personalities with the tickets of the PDP in the state.

According to her, the group consulted widely before settling for the PDP, having considered the reality on ground.

She said they also considered some personalities in the party like Ms Funke Akindele, the Lagos PDP Deputy Governorship Candidate.

” We are proud of this and find it convincing. We find a lot of attractions in PDP.

“The likes of Funke Akindele are a role and model for us. She likes us as youths, she is accessible and a young mind, who has impacted the system in Nigeria by creating employment for Nigerian youths.

“She (Akindele) is motivation even without meeting her in person. We want to join force with an entity like that,” Adeyinka said.

Adeyinka added that the group was also attracted to PDP because of the likes of Mr Wellington Bankole ( Banky W), the PDP House of Representatives’ candidate for Eti-Osa Federal Constituency.

“Those are people we want to reckon with because for Nigerian youth to be able to speak and make impact, we have to come together as one force. We need a force to change status quo.

“We need to find the right direction, we have a torchlight in PDP. Not because it is PDP, but because we have people of like minds like Dr Abdul-Azeez Adediran and others there.

“We were not paid to do this or under pressure., It is high time for Nigerian youth to get involved.

“We want to be able to elect people into office because they merit it not because the system put them there,” she added
Receiving the decampees at the PDP candidate’s Liberty House in Ikeja, Mr Philips Aivoji, the Lagos State PDP Chairman, expressed delight with the defectors and commended them for their courage and conviction.

“I appreciate your courage. You have come to the right party. I thank you for identifying with our candidate. What I can assure you is that there is no level you cannot aspire to in PDP.

“We have broken the jinx of godfatherism. Let others rise up and join us and rally round PDP together to rescue Lagos,” Aivoji, who handed the party flag to defectors, said.

Also speaking, the Lagos PDP Governorship Candidate, Dr Abdul-Azeez Adediran, noted that there was an alignment between his aspirations and those of the defectors.

He urged them to hit the ground running to rescue the state.

Adediran, popularly known as Jandor, said that he was committed to bringing a breath of fresh air in the state governance, and making the wealth of the state work for all and not some individuals.

“This is the way to go. It is about time we did it differently so that we can get different results. We need to combine forces together and confront the status quo,” he said.

Adediran immediately appointed Adeyinka as one of his campaign spokespersons in the state.