In our series of letters from African journalists, Mannir Dan Ali, former editor-in-chief of the Daily Trust newspaper, looks at what a row over Arabic script reveals about Nigeria's divides.

A lawyer has asked a court in Nigeria's commercial city of Lagos to compel the country's central bank to remove the Arabic script which appears on most naira banknotes. The lettering states the note's currency value.

He also wants the army to stop using the Arabic inscription: "Victory is from God", on its logo.

The move is likely to reopen an old controversy over the use of Arabic script, which some see as an attempt to Islamise the country.

But many seem unaware that the Arabic script used to write in several African languages is known as "Ajami".

It was the first means of literacy on the continent, centuries before Western colonisers and Christian missionaries arrived with their Roman script and its A-Z alphabet.

Among others, Swahili in East Africa, Tamashek, the language of the Tuaregs in North and West Africa, and Nigerian languages like Kanuri, Nupe, Yoruba, Fulfulde and Hausa all use Ajami.

Scholars and administrators in the Sokoto Caliphate, which dominated much of present-day northern Nigeria in the 19th Century, used Ajami to write many documents and books. 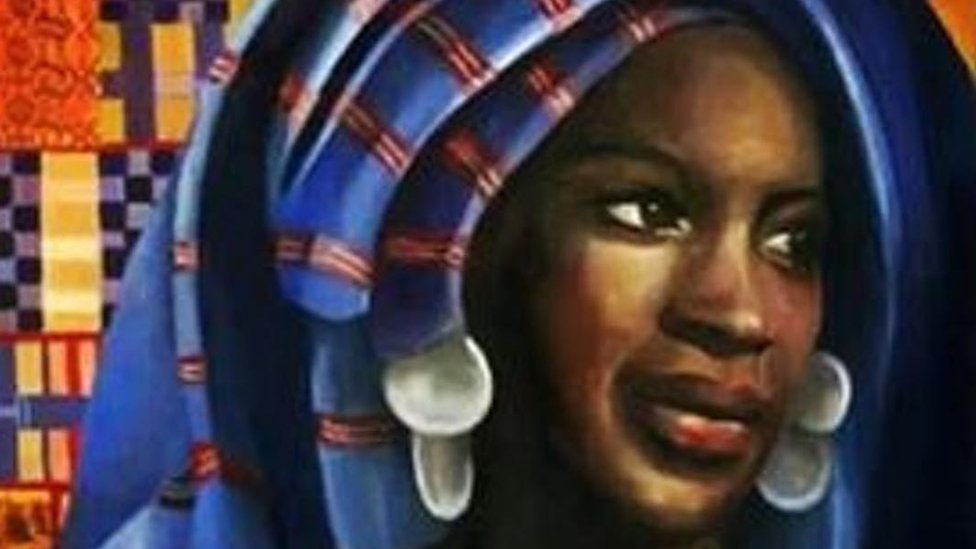 IMAGE COPYRIGHTHEBA AMIN
image captionA portrait of Nana Asma'u, from the book Extraordinary Women of the Muslim World, who wrote several texts in Hausa and Fulfulde using Ajami in the 19th Century

Nana Asma'u, the daughter of Sheikh Usman Dan Fodio, who founded the caliphate, was a renowned and prolific poet - and probably the first woman to write several books in Hausa and Fulfulde using Ajami.

More than 150 years after her death, it is Ajami Hausa, not Arabic, that is on the naira notes.

Deep division and suspicion have been the lot of Nigeria since British colonisers amalgamated the northern and southern parts of the country, alongside the colony of Lagos, in 1914.

To this day, some politicians still refer to it as "the mistake of 1914".

The divisions are fed by the different cultures, religions and worldviews of the people brought together into one country.

Even though the label "largely Muslim north and mainly Christian south" used by the media does not reflect the true complexities of Nigeria, it does capture one of its main fault lines.

This background explains the ebb and flow of the case now before a Lagos court.

The row first began a decade ago when, to commemorate Nigeria's 50th anniversary, the 50 naira note was redesigned. Four years later for the centenary of the country's creation, the 100 naira too was updated.

It provoked a strong reaction across the Christian-Muslim divide when Roman script was used to write the value in Hausa instead of Ajami.

An article on the subject by the New Yorker magazine summarised it by saying: "Some Christians supported the move as a step towards de-Islamising Nigeria, while many Muslims called it Islamophobia." 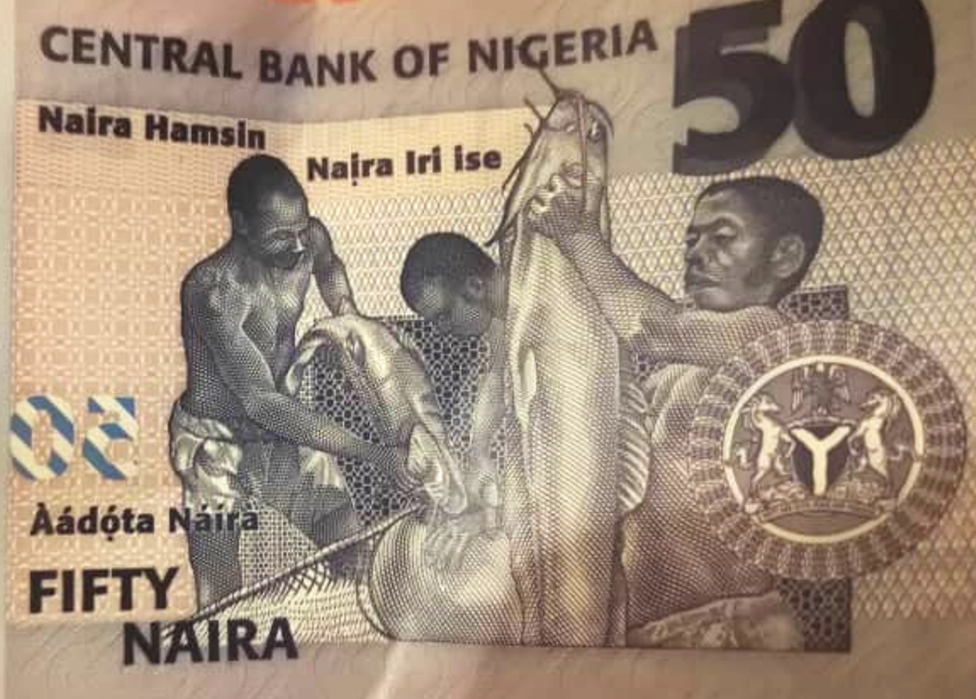 It is obvious that those opposed to the use of Arabic script on Nigeria's currency or emblems see it as an expression of Islamic identity owing to the origin of Arabic as the language of Islam and the initial use of Ajami as a means of spreading Islam on the African continent.

They fail to see that they are falling into the mindset of Boko Haram, as the Islamist militants who have been waging an 11-year insurgency in northern Nigeria are equally opposed to anything connected with Western education and ideas. 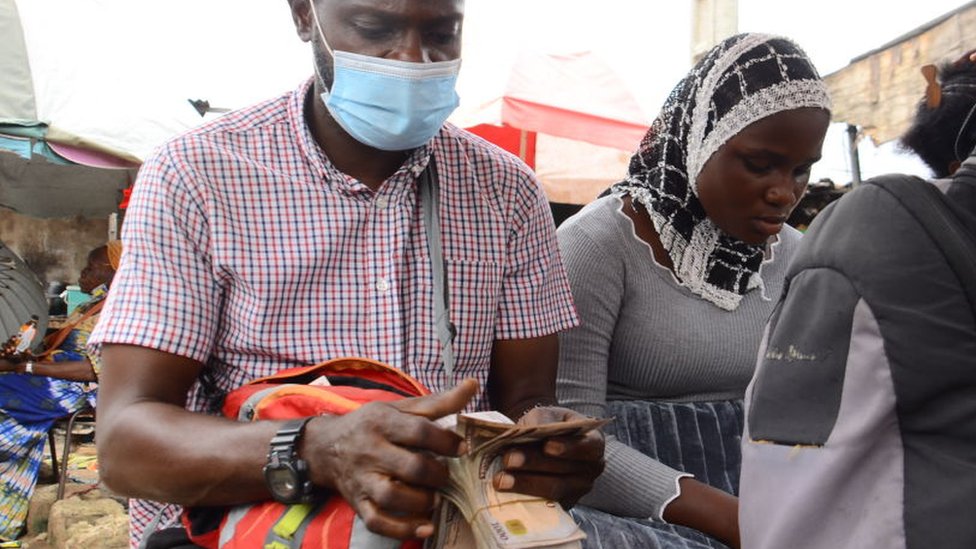 The Ajami writing on each naira note is for the benefit of the tens of millions of Hausa speakers, who can only read and write in that script, which is taught in schools across the north.

Such people could go to court to argue that their own rights were being infringed should the Ajami inscription be removed.

As the debate about the Arabic script rages on, some on social media have been quick to show that in Israel, its currency, the shekel, has Arabic inscriptions for the benefit of the minority Arab population there. 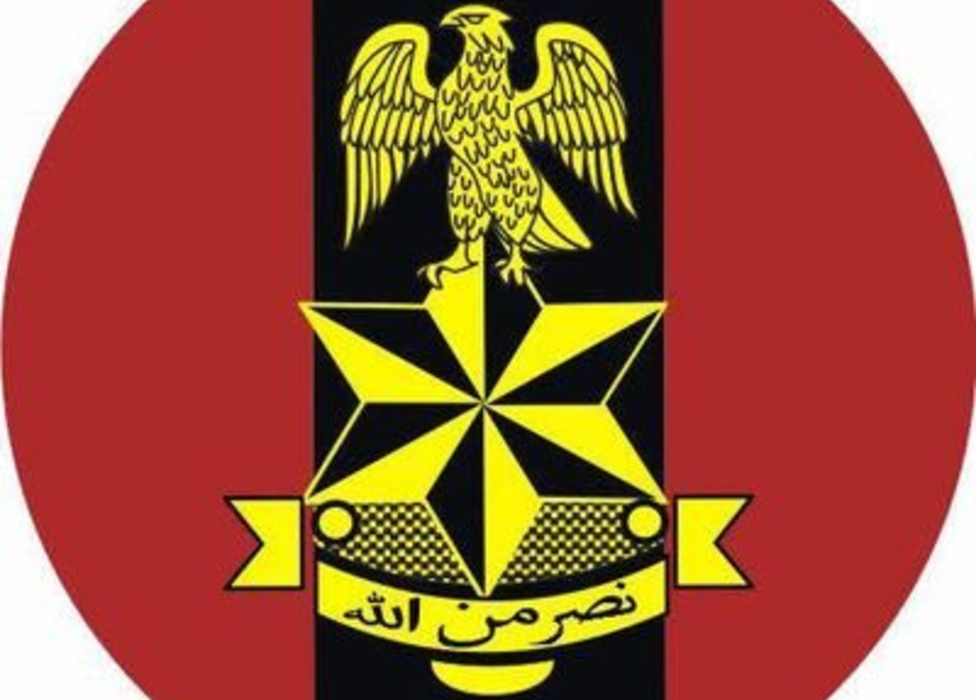 The army logo is actually in Arabic, included by its designer, a Christian from southern Nigeria, to deflect criticism that the six-pointed star that sits below the eagle looked like a Jewish symbol, the Star of David.

It may also be worth noting what the late Kenyan writer and political scientist Ali Mazrui called "the triple heritage of Africa" - its Arab Islamic influence, Christian colonial experience and indigenous culture.

None of the three can be wished away by anyone who is aiming at an inclusive society.

As one person told the New Yorker in objection to the centenary naira redesign: ''If you still have English and it is not Christianising, why is the one in Arabic Islamising?"

Whatever the court may decide on the matter, it is unlikely to be the last word on this emotive issue.