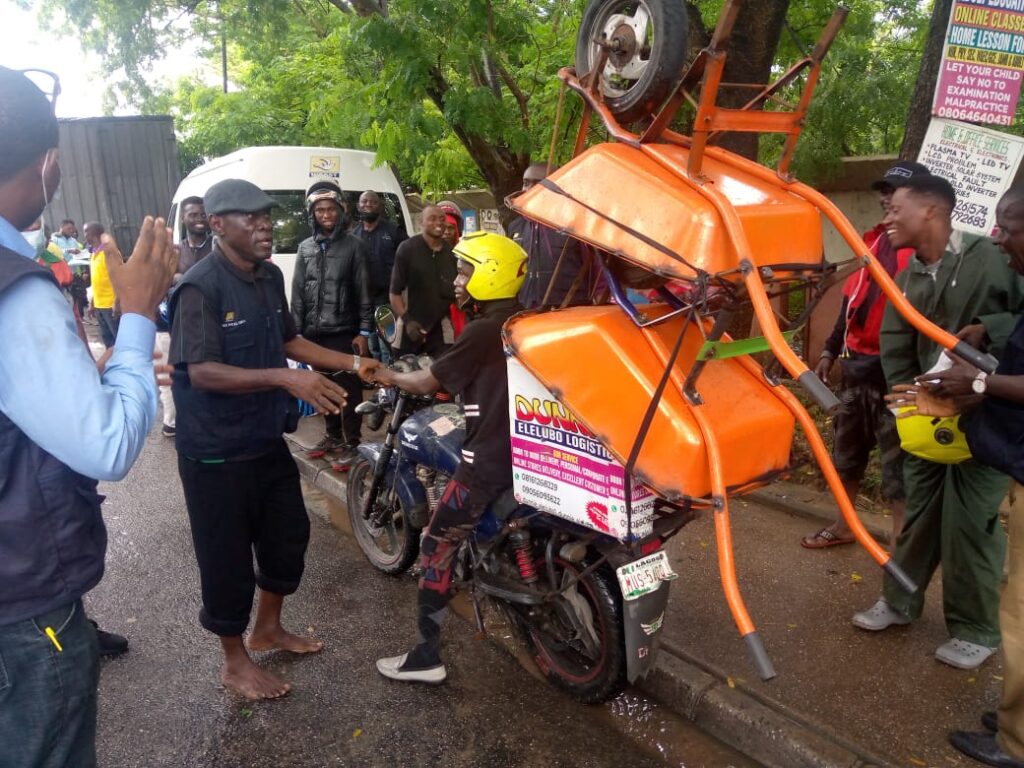 The Nigerian Postal Service has warned against operations of illegal and unlisenced courier in all parts of the country.
The agency said it is set to clamp down on those setting up outfits to carry out services of that nature without following the procedures.
The Enforcement Team of Courier and Logistic Regulatory Department had on Thursday, clamped down on twenty eight illegal courier and logistics operators in Lagos metropolis.

A statement from Mr. Dotun Shonde, General Manager of the CLRD and made available to the NPO Reports, said the enforcement team comprised experienced police officers from Force Criminal Investigation department (FCID) Alagbon, Ikoyi Lagos, some press men and Staff of CLRD.
Some of the areas of Lagos where the clampdown were carried out include Adeola Odeku, Victoria Island, Law School Junction and Lekki, Lagos.

In a press briefing after the exercise, Mr. Shonde assured that exercise would remain in force nationwide.

“The industry has been infiltrated by too many illegal and unlicensed operators with documented proofs of unethical sharp practices nationwide,” Shonde lamented

He advised the Nigerian public to patronize licensed operators in order to avoid incessant reported cases of broaching, pilfering, theft, price undercutting, undelivered and loss of customer’s item to mention but a few by these unscrupulous elements.

He advised that genuine investors should follow the due process, do the needful and secure operating license from NIPOST as the law requires before venturing into this essential service.
He said those who refuse to obey would be arrested and prosecuted.

Shonde further explained the numerous efforts put in place by NIPOST to ensure there are no excuses for any person or group of persons to operate illegitimately.
He said, “Aside the different categories of licenses available based on the provision of evidences or information to show capacity, the Flexible Payment plan for those who can’t afford to pay up at once is designed for ease of doing legitimate business for every patriotic Nigerian nationwide.”