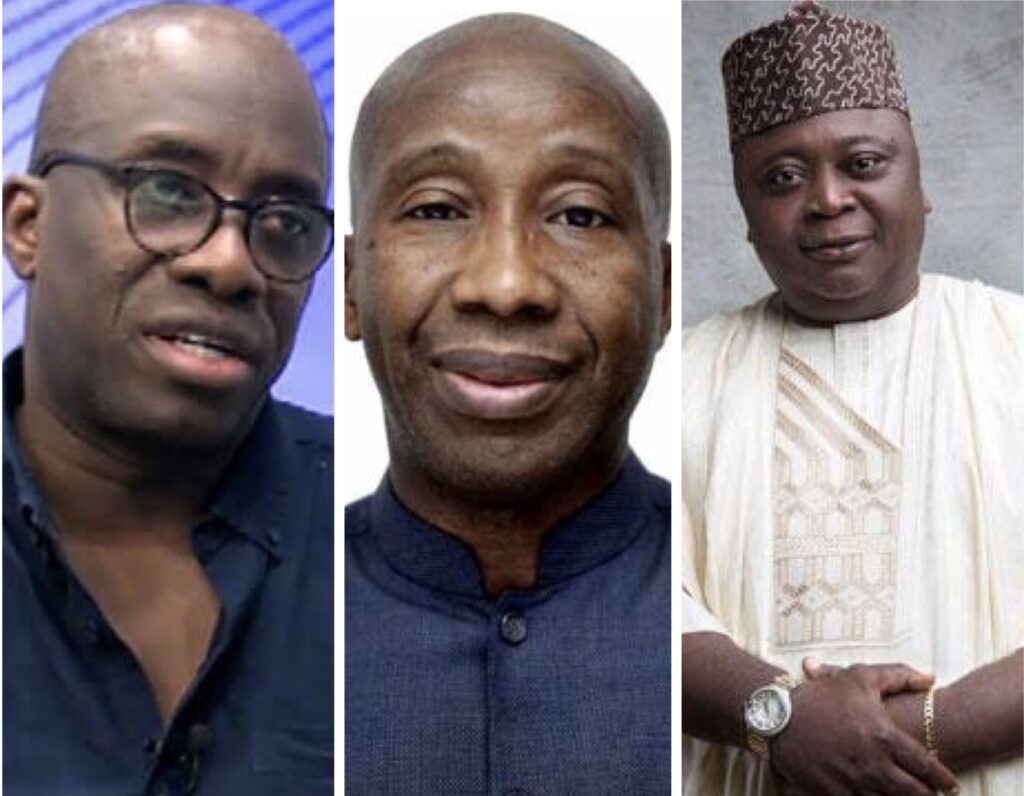 The Ogun State chapter of the Peoples Democratic Party is holding two parallel primaries to select its governorship candidate.
While Mr. Segun Sowunmi, a former spokesman for Atiku Abubakar on Wednesday, emerged governorship candidate at one of the primaries held at the NUJ Secretariat, Abeokuta, Mr. Jimi Lawal and Mr. Ladi Adebutu of another faction is holding its election at the Olusegun Obasanjo Presidential Library.
The chairman of the electoral committee, Mr. Abayomi Daniel announced Sowunmi the winner of the election after the votes were counted.
Abayomi said Sowunmi contested against two other aspirants, Jimi Lawal and Ladi Adebutu who were not physically present but were represented by their agents at the primaries.
According to him, Sowunmi polled 555 votes to defeat his closest rival, Lawal, who scored 30 votes while Adebutu polled 15 votes.
The election was held at the secretariat of the Nigeria Union of Journalists (NUJ), Abeokuta.
According to Daniel, a total number of 778 delegates were accredited, 702 votes cast, while three votes were voided.
“By the power conferred on me by the national leadership of our great party as the chairman electoral committee of the PDP governorship primary election in Ogun, I declare Segun Sowunmi winner of the election, haven polled the highest number of votes and he is hereby returned and elected,” Daniel said.
Sowunmi in his acceptance speech, commended members of the party for their support and promised not to let them down.
He called on other aspirants to work together with him to secure victory for the party in the 2023 general elections.
“I humbly accept the nomination as candidate of the PDP I. Ogun.
“I thank all the delegates, I thank all relevant authorities and the security for their efforts.
“I am particularly impressed by the orderly manner of the primaries.
“It is the beginning of a new dawn in the PDP and a sure step toward a defining moment in our beloved Ogun ,” he said.
A parallel governorship primaries is ongoing at the Olusegun Obasanjo Presidential Library in Abeokuta.
The one where Adebutu and Lawal are present was still ongoing at the time of filing this report.