Osinbajo is My Choice if Presidency is Zoned to South-West; Ex-Senate Chief Whip Says 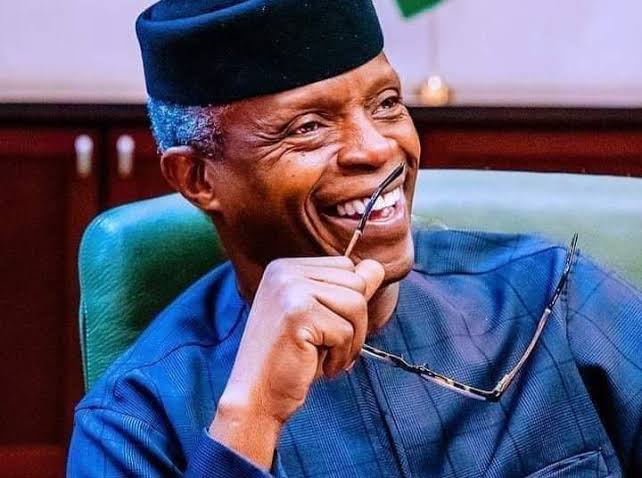 The former Chief Whip of the Senate Prof Sola Adeyeye on Sunday said Vice President Yemi Osinbajo is his choice should the presidency be zoned to the South-West.

Adeyeye, who was speaking on a Channels Television programme said though former Governor of Lagos State, Asiwaju Bola Tinubu is eminently by qualified, he once told him he is not keen on becoming the president of Nigeria.
He said; “If the president is zoned to the south west, my preferred candidate is Vice President, Prof Yemi Osinbajo. He’s honest and understand the problems bedeviling the country. Governor of Ekiti, Kayode Fayemi is equally very close to me. We were in trenches together and I’m also proud of the legacy he will be leaving behind in Ekiti. Also, Asiwaju Tinubu is a political strategist; a workaholic. But he once told me, he’s not keen in becoming Nigeria’s President. He’s free to change his mind. But I want to believe that the primary is a family affairs. Besides, who says the south east and south south can’t be the president. Minister of Transportation, Rotimi Amaechi, for instance is also good. We also have some other people that are good in that area.”

Also speaking on the forthcoming convention of the party, Adeyeye who was represented Osun Central Senatorial district, said he prayed for a rancour-free convention for the party to not to explode.
Asked what may be the outcome of the party’s convention, he responded, “I pray we don’t have a cantankerous convention. The party may explode after our national convention and if this should happen, it means we only have a defacto one party system – The PDP, which I don’t pray for considering the atrocities the party has committed when governing this country.”

“We must be ready to forgive one another. We must see ourselves as one big family.” he said