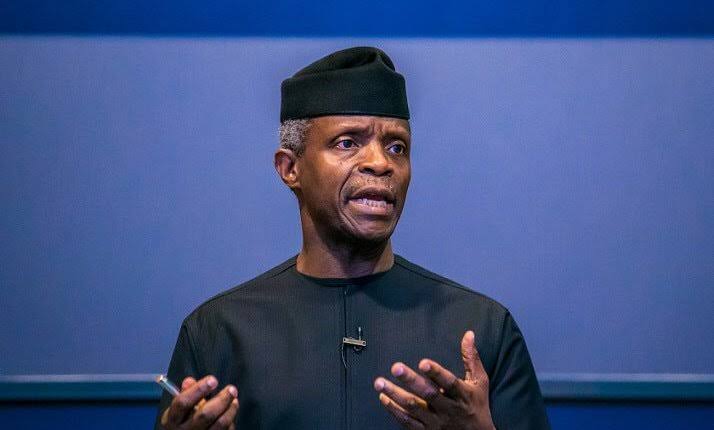 Vice President Yemi Osinbajo will officially communicate his stance on the 2023 presidential election, his spokesman, Laolu Akande, has said.

Akande fielded questions from State House correspondents shortly after photo sessions with the vice president who marked his 65th birthday on Tuesday at the Presidential Villa, Abuja.
He said that at present, Osinbajo was focused on supporting President Muhammadu Buhari to deliver in addressing Nigeria’s challenges.
“Well, like he has said up to this time, he is committed to the work that he is elected as vice president and to support the president.
“ That is what he is focused on now; and like I have also said in my last tweet, whatever will be his activities or whatever he would do will be communicated officially.’’
Akande said that the vice president, based on his observations in the last seven to eight years, was driven by the notion that the government and governance and leadership ought to have a heart of justice and a heart of service.
“He often says in most of the meetings that we hold that the reason why we are here is because people put us here.
“ We are here in the interest of the people; so, he is someone that is committed to that notion of service to the people, whether in government, whether as a pastor, whether as a lawyer.
“In every aspect of his life, he understands very diligently the idea that we are here to serve.’’
He said that Osinbajo had always emphasised on the need to create impact for the people.
According to him, the vice president is very inspiring and worthy of leadership.
“As you can see there are many more Nigerians today that are yearning to say that this is the kind of man to follow.
“So, happy birthday, vice president,’’ he said.
Deputy Chief of Staff to the President, Mr. Ade Ipaye, Secretary to the Government of the Federation, Boss Mustapha and Gov. Dapo Abiodun of Ogun who also featured photo sessions with vice president, paid glowing tributes to him.
President Buhari had earlier in a birthday message, applauded Osinbajo for his loyalty and dedication to duty, especially in supervising the nation’s economy,