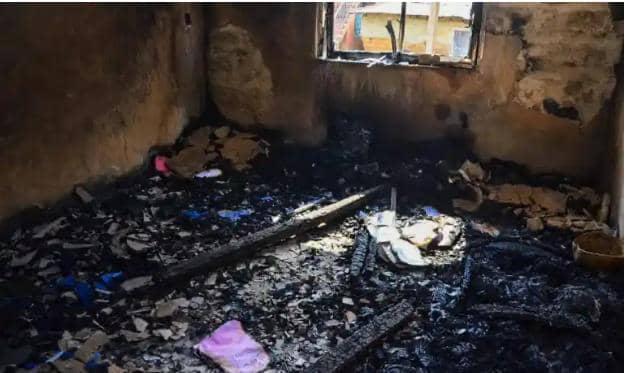 The lawmaker representing Ede North in the Osun State House of Assembly, Hon. Kofoworola Babajide has denied involvement in the crisis that led to the killing of a man in his Constituency, Olakekan Abideen.

Babajide in a statement on Monday countered the narration by a family member of the deceased, Rukayat Olasoji which was released to the press.

Babajide said he was nowhere near the scene of the attack when the man was killed. He added that his silence on the matter since it happened is to respect the soul of the deceased.

“My attention has been drawn to claims made by certain people who identified themselves as families of victims of a violent crisis that occured in Ede recently. Since the incident occurred on Friday, I have restrained myself from making comments out of respect for the families of victims and because of the pain of my personal losses and the search for my father who went missing in the heat of the crisis.

“While it was true that I attended the ward meeting of the PDP on the day in question, I was never part of the minor disagreement that arose between members but was swiftly resolved by leaders at the meeting. It was after I left the meeting that I was informed by one of my aides who was still at the meeting that thugs, mostly of the All Progressives Congress (APC) had pounced on members and left much scampering for safety.

“Upon further prompting, I gathered that the APC thugs had invaded the meeting upon the invitation of some aggrieved members, which Mrs. Rukayat Olalekan Olasoji, seemed to have confirmed in her interview. No longer did I received words that a patrol team of the Nigeria Police arrived at the scene of the scuffle and as they attempt an amicable resolution, Mr. Olalekan Abideen was said to have confronted them and in the ensuing melee, was shot by the officers.

“Let it be known that I was not at the scene or anywhere near it, contrary to the falsehood being promoted by Mrs. Rukayat Olalekan Olasoji. In fact, I was with Mrs. Rukayat Olajide Olasoji and her husband at the Division A Police station in Ede, when a baby taken from the deceased woman was brought in. The DPO of that station can confirm my presence. If that same Mrs. Rukayat Olajide Olasoji is claiming I led the attack that resulted in the woman’s death, the question to now ask her is how is it possible for me to be at two different places at the same time?

“Despite this, they mobilized to attack me and in the process, burnt two houses belonging to my parents, and my father, who was in one of the buildings before the attack is yet to be found.

“The public should note that the attack on me and my family was premeditated because the brother of the deceased on a number of times had threatened to kill me and my family despite doing him no wrong. I have him on tape issuing a death threat on me and believed he tried to carry out that threat using the death of his brother that I have nothing to do with it, by going to my father’s house with his gang, thinking I was there.

It is also important that I stress that at no time did I engage him to remove any APC billboard as he had alleged. Does it even make sense to ask an APC loyalist, which he claimed he is, to remove billboards of the same party? If he is however insisting I did, I challenge him to come forward with any evidence to that effect. Anyone who knows me will attest to the fact that I am not a violent person, and so, defies logic that I will sponsor the removal of a political billboard or orchestrate killing.

The attempt to link me with the violence in Ede and the attendant killing is a failed plot to shake me and shut me up, which apparently was a way to get at me for my hardline stances on making public resources count. It is however disappointing, if not shameful, that the supposed bereaved, choose to dishonour the memory of the departed by allowing themselves to become a tool in the hands of evil politicians.

“Let me reiterate my call for justice, nevertheless, I must point out that any attempt to manipulate the incident to implicate me will be resisted. It is important to note that despite that my father’s whereabouts since the incident have not been known, the Police have done little to help in knowing what happened to my old man. This is so unfair and I hope there will be a change in this regard.”