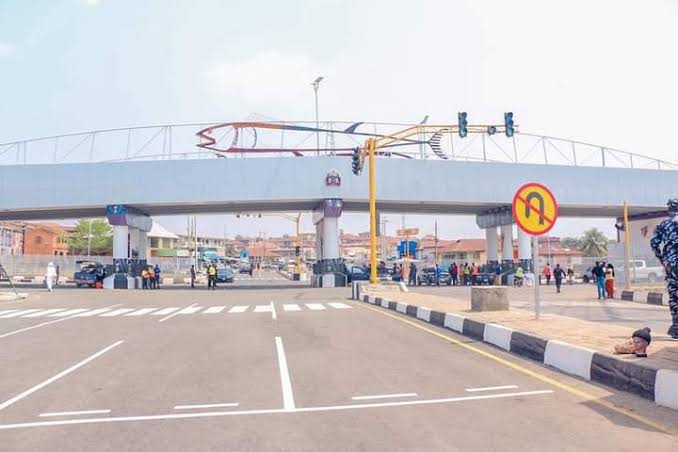 The Governor of Osun, Alhaji Gboyega Oyetola, will on Monday open for use the Olaiya flyover in the heart of the state capital.

The flyover had been under construction for more than a year compelling the state government to divert traffic from the area.

Commissioner for Works, Mr. Remi Omowaiye, disclosed that the project would be unveiled on Monday at 12 noon.

“After due certification for safe ride by the external Consultant (Advanced Engineering Consultant, Lagos), the Flyover is fit for use and the “First Ride” would be performed by Governor Gboyega Oyetola at 12 noon on Monday.

The statement thanked the citizens of Osun for their cooperation since the commencement of the project urging them to exercise caution and observe all traffic rules while plying the bridge.
It also noted that the official commissioning date would be communicated to the general public in due course.

“The State Government of Osun wishes to announce the opening of the newly completed Iconic Flyover, Olaiya, Osogbo for test-running by the General Public after due certification for safe ride by the external Consultant (Advanced Engineering Consultant, Lagos), while the “First Ride” shall be performed by Mr. Governor on Monday 28th February 2022”.

“The date for the official commissioning shall be announced in due
course”.

“The Government equally wishes to use this medium to appreciate all the good citizens of the State for the perseverance and endurance during the construction period.
The citizens are further admonished to exercise caution and observe all traffic rules while plying the bridge” he said

Olaiya is a central commercial area in Osogbo, the state capital.

Government announced the closure of the area on Thursday, February 18, 2021 with a promise to open it in November.
The project time was however extended.