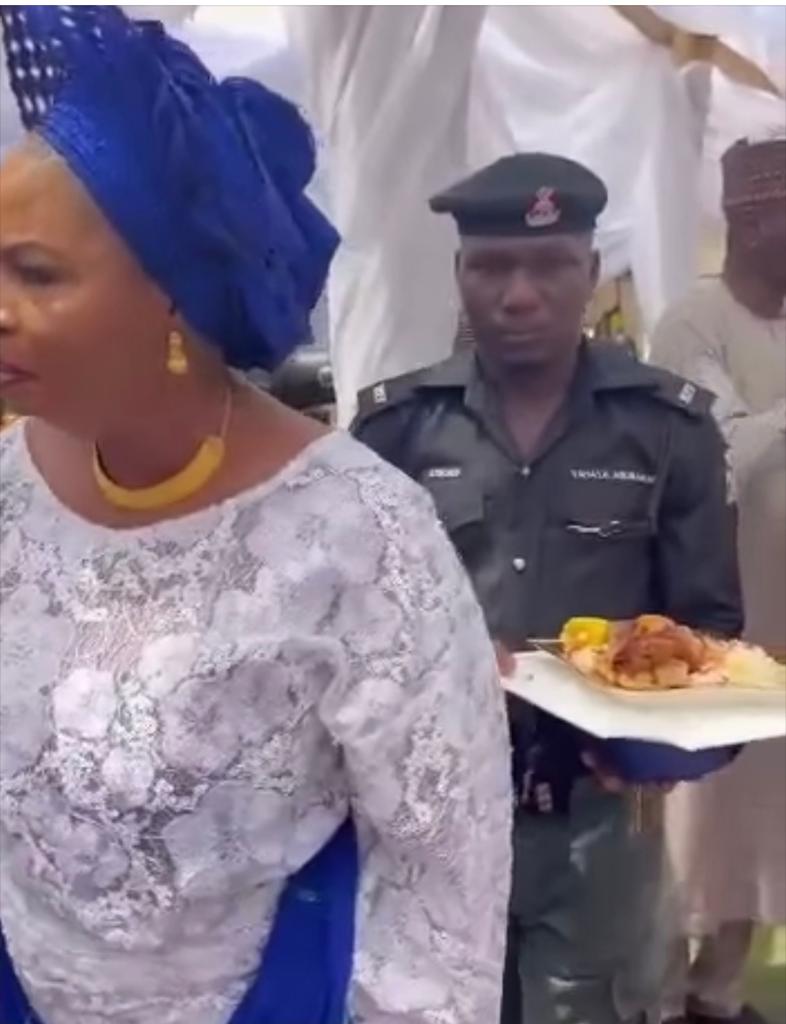 A police personnel seen in a viral video carrying a plate of food for the VIP he is attached to at a party has been summoned to the headquarters of the police.

Muyiwa Adejobi, acting police force spokesman, said that the personnel, whose name he did not disclose has been asked to report at the Force Headquarters over his alleged indiscretion.
The video of the man, in police uniform, had gone viral on Wednesday following the woman with a plate of food believed to be for the VIP.
The VIP has been identified as Mrs. Nimot Akanbi who is the Chairman of the National Senior Secondary Education Commission and a former Nigerian envoy.
There have been outcry over the turning of policemen and other personnel of security agencies to errand boys.
Just two weeks ago, a policeman was reportedly knocked down at the residence of a former Governor, Gbenga Daniel while opening the gate of the premises.

CBN Declares War on Those Spraying Naira At Parties; Asks Police, EFCC Others to Arrest