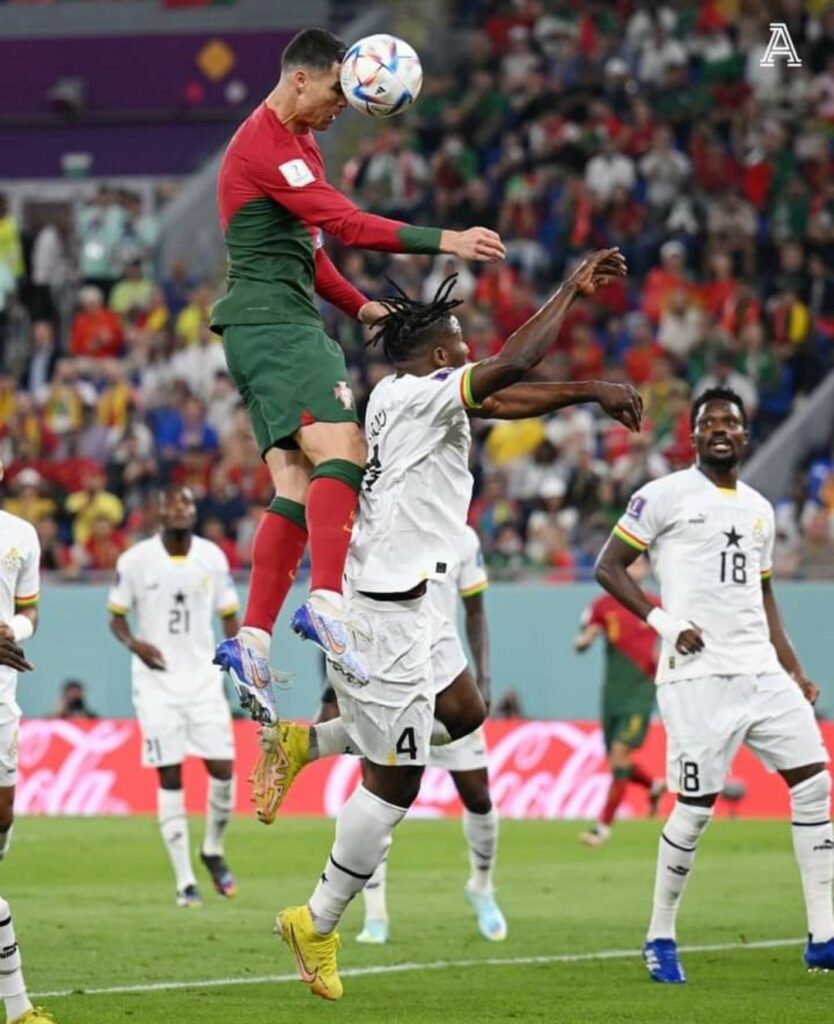 Portugal on Thursday defeated the Ghanaian side 3 goals to 2.

Ghana was the first African country to score a goal in the ongoing World Cup tournament.

The game did not come alive until the second half when Portugal got the first goal of the game through Cristiano Ronaldo in the 65th minute from the penalty spot after he was fouled by Mohammed Salisu.

Ghana got a quick response through the captain Andre Ayew in the 73rd minute before Joao Felix in the 78th minute and Rafael Leao in the 80th minute scored Portugal second and third goal respectively before Osman Bukari pulled on back for Ghana in the 89th minute, but Portugal held on to secure all three points.

This victory has placed Portugal at the top of Group H and Ghana at the bottom of the group after Uruguay and South Korea played to a goalless draw earlier in the day.