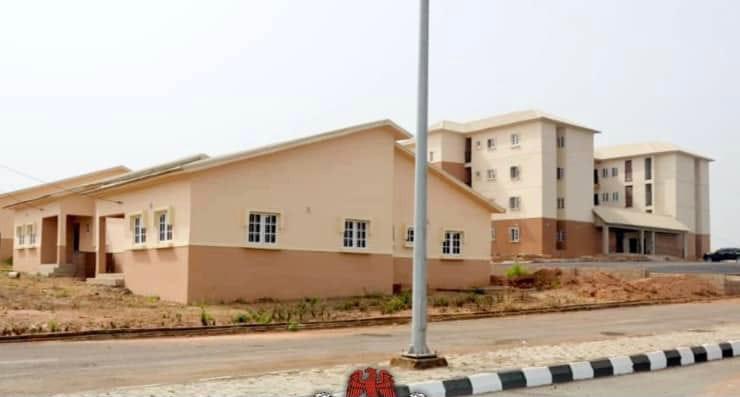 President Muhammadu Buhari on Monday, inaugurated the first phase of the Federal Housing Project under the National Housing programme in Osogbo, the Osun state capital.

The President, who was represented by the Minister of Interior, Mr Rauf Aregbesola, said the housing project comprises of 72 completed buildings of different categories

Buhari said the housing project was one of the many projects undertaken by his administration since 2016.

He said his administration was aware of housing challenges in the country and had since embarked on the construction of housing estates across the country to tackle housing deficits in Nigeria.

“We are not unaware of the challenge of housing in the country, especially in the urban areas, many of which are overcrowded in unhealthy ways.

“It is our firm resolves to surmount the challenge in every way possible.

“This housing estate, as constructed in all the states of the federation, is one of the ways we are addressing the challenge.

“With the support of the state government of Osun, which provided the land, which was once an unused piece of land has come alive and will now provide shelter for Nigerians” the President said.

Buhari furtther thanked a former governor of the state, Rauf Aregbesola, for partnering with the Federal Government in providing land for the building of the housing estate in ihe state.

He advised the house owners and residents of the estate to maintain it in the best possible way.

Earlier, the Minister of Works and Housing, Mr Babatunde Fashola, said the Federal government had completed the project, comprising of 72 housing units.

The Minister, who was represented by Mr Olasunkanmi Dunmoye, Director, Urban and Regional Development, Federal Ministry of Works and Housing, said the housing units were being allocated to members of the public in a non-discriminatory way.

He said anyone could apply for the houses by opening the National Housing Portal at https://nhp.worksandhousing.gov.ng

Fashola said this was to ensure that those who are interested were not hindered by any artificial obstacles.

The minister said allocations would be made on the basis of those who apply and pay on a first come, first served basis.

“While we welcome those who can afford to pay outright, it is not a condition for eligibility and we have offered flexible payment options like mortgages and rent to own which we encourage applicants to pursue.” he said

He said the Federal Government inaugurated a pragmatic National Housing Programme (NHP) for the construction of acceptable and affordable houses nationwide and that the first phase of the programme commenced in 2016, in 34 states and the FCT.

“It is a programme borne out of the present government’s desire to provide affordable housing for its citizenry.

“The overall economic value chain arising from the housing construction activities is mostly beneficial to the Nigerian youths.

“For the benefit of Nigerian on this initiative, over 1,200 building contractors had been engaged under phases I, II and III of the programme since the inception in 2016 and over 14,500 and 50,140 direct and indirect jobs had been created.

“During this period, the Ministry is undertaking the construction of over 6,000 housing units in 45 sites, out of which 2,465 units had been completed in 35 states and FCT.” he said

Mr Agunbiade Nathaniel, Osun Commissioner for Lands and Physical Planning, who spoke on behalf of the state government, thanked the Federal government for the housing project in the state.