Risk of Global Recession in 2023 Rises Amid Simultaneous Rate Hikes 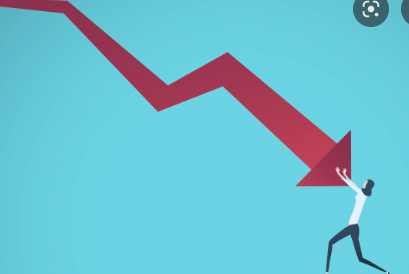 As central banks across the world simultaneously hike interest rates in response to inflation, the world may be edging toward a global recession in 2023 and a string of financial crises in emerging market and developing economies that would do them lasting harm, according to a comprehensive new study by the World Bank.

Central banks around the world have been raising interest rates this year with a degree of synchronicity not seen over the past five decades—a trend that is likely to continue well into next year, according to the report. Yet the currently expected trajectory of interest-rate increases and other policy actions may not be sufficient to bring global inflation back down to levels seen before the pandemic. Investors expect central banks to raise global monetary-policy rates to almost 4 percent through 2023—an increase of more than 2 percentage points over their 2021 average.

Unless supply disruptions and labor-market pressures subside, those interest-rate increases could leave the global core inflation rate (excluding energy) at about 5 percent in 2023—nearly double the five-year average before the pandemic, the study finds. To cut global inflation to a rate consistent with their targets, central banks may need to raise interest rates by an additional 2 percentage points, according to the report’s model. If this were accompanied by financial-market stress, global GDP growth would slow to 0.5 percent in 2023—a 0.4 percent contraction in per–capita terms that would meet the technical definition of a global recession.

“Global growth is slowing sharply, with further slowing likely as more countries fall into recession. My deep concern is that these trends will persist, with long-lasting consequences that are devastating for people in emerging market and developing economies,” said World Bank Group President David Malpass. “To achieve low inflation rates, currency stability and faster growth, policymakers could shift their focus from reducing consumption to boosting production. Policies should seek to generate additional investment and improve productivity and capital allocation, which are critical for growth and poverty reduction.”

The study highlights the unusually fraught circumstances under which central banks are fighting inflation today. Several historical indicators of global recessions are already flashing warnings. The global economy is now in its steepest slowdown following a post-recession recovery since 1970. Global consumer confidence has already suffered a much sharper decline than in the run-up to previous global recessions. The world’s three largest economies—the United States, China, and the euro area—have been slowing sharply. Under the circumstances, even a moderate hit to the global economy over the next year could tip it into recession.

The study relies on insights from previous global recessions to analyze the recent evolution of economic activity and presents scenarios for 2022–24. A slowdown—such that the one now underway—typically calls for countercyclical policy to support activity. However, the threat of inflation and limited fiscal space are spurring policymakers in many countries to withdraw policy support even as the global economy slows sharply.

“Recent tightening of monetary and fiscal policies will likely prove helpful in reducing inflation,” said Ayhan Kose, the World Bank’s Acting Vice President for Equitable Growth, Finance, and Institutions. “But because they are highly synchronous across countries, they could be mutually compounding in tightening financial conditions and steepening the global growth slowdown. Policymakers in emerging market and developing economies need to stand ready to manage the potential spillovers from globally synchronous tightening of policies.”

Central banks should persist in their efforts to control inflation—and it can be done without touching off a global recession, the study finds. But it will require concerted action by a variety of policymakers:

Central banks must communicate policy decisions clearly while safeguarding their independence. This could help anchor inflation expectations and reduce the degree of tightening needed. In advanced economies, central banks should keep in mind the cross-border spillover effects of monetary tightening. In emerging market and developing economies, they should strengthen macroprudential regulations and build foreign-exchange reserves.
Fiscal authorities will need to carefully calibrate the withdrawal of fiscal support measures while ensuring consistency with monetary-policy objectives. The fraction of countries tightening fiscal policies next year is expected to reach its highest level since the early 1990s. This could amplify the effects of monetary policy on growth. Policymakers should also put in place credible medium-term fiscal plans and provide targeted relief to vulnerable households.
Other economic policymakers will need to join in the fight against inflation—particularly by taking strong steps to boost global supply. These include:
o Easing labor-market constraints. Policy measures need to help increase labor-force participation and reduce price pressures. Labor-market policies can facilitate the reallocation of displaced workers.

o Boosting the global supply of commodities. Global coordination can go a long way in increasing food and energy supply. For energy commodities, policymakers should accelerate the transition to low–carbon energy sources and introduce measures to reduce energy consumption.

o Strengthening global trade networks. Policymakers should cooperate to alleviate global supply bottlenecks. They should support a rules-based international economic order, one that guards against the threat of protectionism and fragmentation that could further disrupt trade networks.