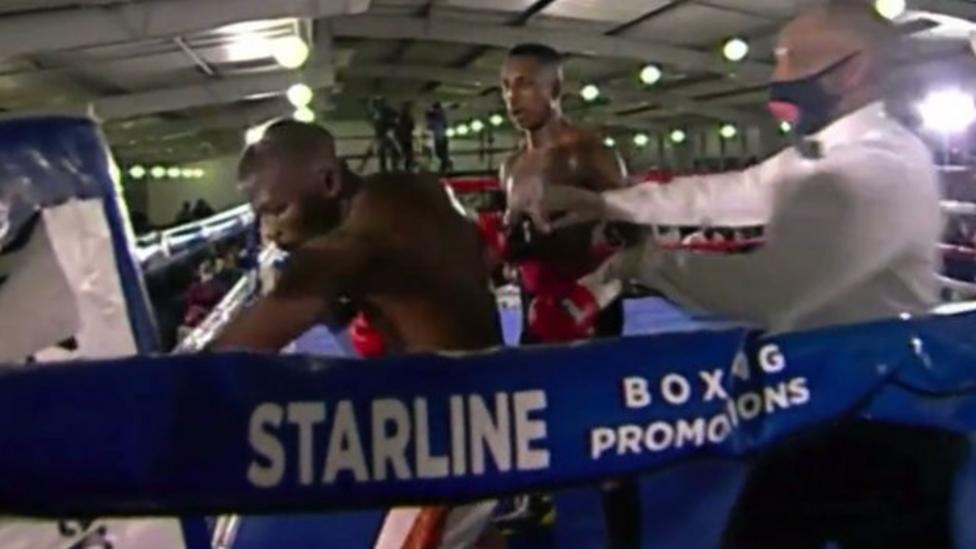 South African lightweight Simiso Buthelezi has died after suffering bleeding on the brain following a boxing bout at the weekend in Durban.

The 24-year-old faced compatriot Siphesihle Mntungwa for the WBF All Africa lightweight title on Sunday, but the 10-round contest was stopped by the referee after Buthelezi appeared to shadow box an invisible opponent.

Footage of the fight showed Mntungwa falling through the ropes and then, after the fight was restarted, Buthelezi advancing towards an empty corner where he started to swing punches.

Mntungwa was declared the winner and Buthelezi subsequently collapsed and was rushed to hospital.

He was placed in an induced coma after it was discovered he had bleeding on the brain.

Boxing South Africa (BSA) confirmed Buthelezi had died on Tuesday evening in a statement jointly issued with the boxer’s family.

They hailed Buthelezi as “a great boxer who was exemplary both outside and inside the ring”, and BSA also said it will undertake an independent medical review of incident.

“At the hospital Mr Buthelezi was given the best care possible but he however succumbed to the injury,” the statement said.

“The Buthelezi family and BSA acknowledges warm words of condolences of the Minister of Sports, Arts and Culture.”

Trainer Bheki Mngomezulu said Buthelezi had been in perfect health in the lead-up to the bout.