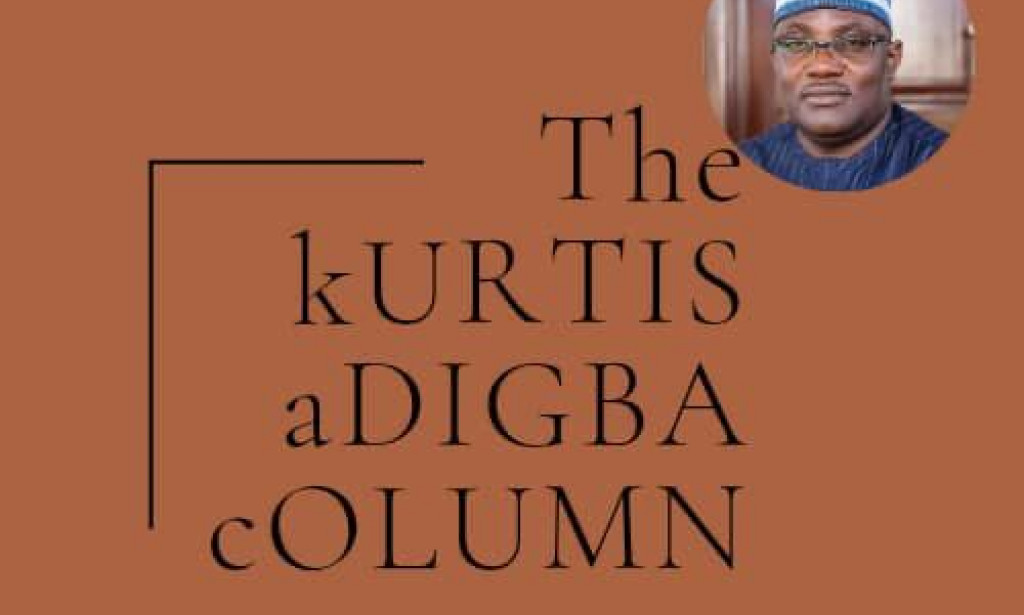 Asiwaju Tinubu, is a leader of leaders. He has raised and continued to raise leaders in the South-West and in different parts of the country. His greatest impact, however, is in the South-West of the country where he is the undisputed political heavyweight champion since 2007. Between 1999-2007, he was a participant working hard to carve a niche for himself. He survived Hurricane Obasanjo that swept away the governors of other states in the South-West, who fell for his sweet-death talk of Yoruba unity. He also survived Obasanjo’s orchestrated financial strangulation of his state, and held on to defeat his candidate by ensuring that his handpicked successor, Babatunde Fashola, was elected to his former office; thereby setting in motion the formation of a political dynasty in Lagos in particular and the South-West in general.

He is highly regarded and respected by his mentees and protégés. No one can claim to have more loyal followers in the South-West more than him. He is the glue that holds men together. He can make and unmake candidates and sitting public officials. His body language is read and understood by his aides, supporters, and followers, more than the loudest sound of many. It is to his credit that ACN/APC is still governing Lagos State 16 years after he physically left Alausa Round House. He is the power behind power in Lagos.

He is not perfect. He has loyal and wounded followers in equal measures just as he has ambitious and super-ambitious followers who are waiting for the most auspicious time to take their revenge because of his missteps. Recently, I met one of them who is still singing his praises publicly but privately disillusioned. He expressed his bitterness about the Tinubu’s politics of imposition. He said he was really disappointed about how a serving Managing Director of a bank was imposed on the party to win a senatorial election he wasn’t in the loop. Others were instructed to just quit for him.

Asiwaju has had brushes with discontent and dissatisfied followers. Senator Muniru Muse, whom he had helped to a senatorial seat, got into a verbal match with him on stepping down after one term and had to be overpowered by his political machinery. Gbenga Ashafa, who succeeded Dr. Olorunnibe Mamora as Senator seamlessly didn’t go down quietly when he was asked to quit for the late Senator Adebayo Osinowo (Pepperito). He had to be defeated. Ambode refused to surrender his throne and had to be bludgeoned. Fashola before Ambode resisted the choking hold of his power and influence and managed to hold on to secure a second term because of the resolve of Lagosians to return him to Alausa House for another term. Overwhelming number of Lagosians believed Fashola deserved a second term going by his performance.

In Ondo State, he is not so endeared to the people. When he supported Arakunrin Rotimi Akeredolu in the first contest, he lost to Olusegun Mimiko, a medical doctor turned politician whom he had helped to defeat the late Dr. Olusegun Agagu in the court. When Akeredolu ran without his support, he won. “Ondo people hate to be controlled from Lagos” was the battle cry. He is vulnerable in other states too. Oyo State has not been a good hunting ground for him. Ekiti State is not a sure ground, too. Some people said he is the reason why Yahaya Bello, and not James Faleke, is the Governor of Kogi State today. It was widely speculated then and now that the then Chairman of APC, John Oyegun, didn’t want him to have an outsized influence over the party and the country. He is not loved and deferred to in other parts of Nigeria as he is in the South-West.

His packaging by SWAGA, as inevitable and indispensable, is a burgeoning pitfall. The campaign that seeks to brand any of his protégés’ interested in contesting for presidency against him as an ingrate, a biter of the finger that fed them, or simply disrespectful, is the greatest threat to his own ambition. He helped many to power just as he was also helped to power by others. Many are standing on his shoulders today because he also stood on the shoulders of others.

In 1999, Engr. Funsho Williams was the presumptive Alliance for Democracy governorship candidate in Lagos. In the wisdom of the party leaders like late Pa Abraham Adessnya, Alhaji Ganiyu Dawodu, Chief Ayo Adebanjo and other Afenifere leaders, Tinubu, considering his significant sacrifices and commitment to the struggle to reclaim the mandate given to Chief MKO Abiola on June 12th, 1993, should be the candidate of the party. Tinubu, on becoming the Governor of Lagos State, strategically displaced all these leaders and became the leader. His protégés know this story and they also want to lead at some point.

The South-West alone will not determine who the candidate from the South will be. Others: South-South and South-East will have a say and play significant roles, too. When it comes to choosing the candidate, the whole country will be involved in voting through delegates. The South-West needs to go into the convention with options- equally viable options and through horse trading, pick their best. If others are scared away by blackmail and Tinubu does not secure the ticket, the South-West would have lost everything. There is no inevitability in politics. Tinubu’s presidency is not baked in.

It is concerning that the camp of Prof. Yemi Osinbajo, the Vice President is already issuing warnings about the attempt by members of SWAGA to create a needless division between the camps of the two men. Governor Kayode Fayemi has also issued a cryptic statement about the situation. Asiwaju and these men need one another to put up a formidable challenge for presidency. As a political operative with a razor-sharp mind and uncommon instinct, he knows that it takes more than SWAGA to win the presidency.

Tinubu Attacking Buhari Because He is Already Seeing Defeat Ahead – Atiku