Tinubu’s Campaign Has Been Most Strategic -Afegbua 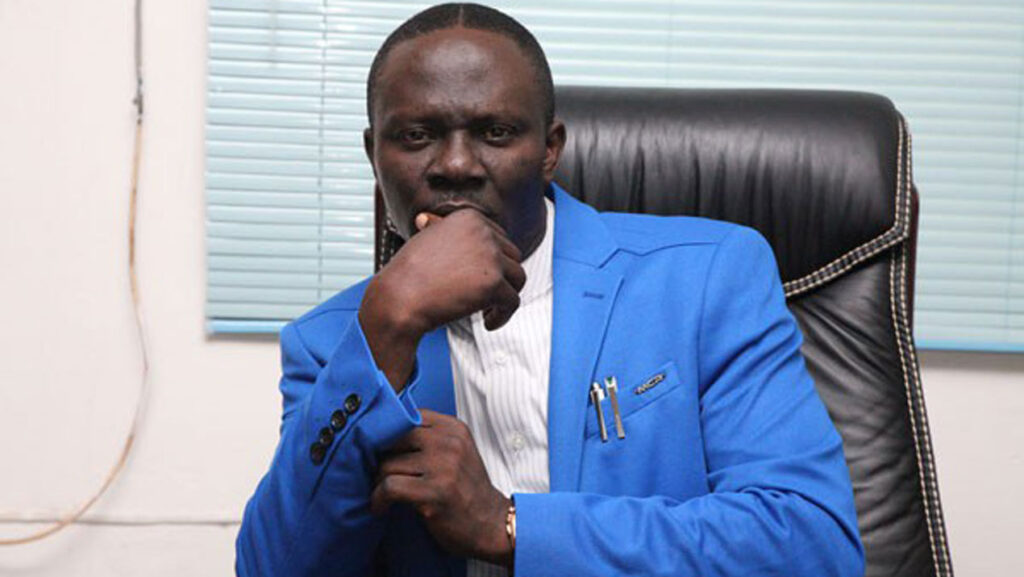 The Presidential Campaign of the rulling All Progressives Congress, APC, has been described as the most strategic, issue-based, sector-specific and all-emcompassing in both content and delivery.

Former Commissioner for Information in Edo State, Kassim Afegbua made this assertion in a statement made available to NPO reports on Thursday describing Tinubu as a strategic thinker and political campaigner.

Highlighting some of the activities the former Lagos State governor had engaged himself with in the past weeks, Afegbua advised those eyeing to succeed President Muhammad Buhari to emulate Asiwaju in their conducts.

“He takes his campaigns to his target audience, delivers his message in very lucid prose, sets agenda for a robust engagement and anchors his initiatives on the needs of the people. In my many years of being actively involved in politics and political campaigns, this is the most strategic I have seen.

“He spoke to crop growers and farmers in a Town Hall meeting in Minna. He proceeded to Lafia to address the miners. He engaged the hub of the Organised Private Sector in Lagos. He visited Warri in Delta, some kind of home-coming for his wife and also took part in the oil find in Bauchi. He made a very strategic statement in Bauchi about recharging the huge economy of the Lake Chad which even Atiku Abubakar from North-East is not aware of, and has never spoken of.The declining fortunes of the Lake Chad economy needs to be arrested and recharged for its strategic importance to the economy of the nation and the people of the North-East geopolitical zone,” the statement read

“He also visited Imo to speak to the leaders and business owners, while assuring them of transforming the South-East zone to another Taiwan in Nigeria. It was not a surprise that the sum of One Billion naira was reportedly donated to his campaign.”

“Other presidential aspirants should learn from this strategic thinker and political campaigner in Asiwaju Tinubu.”

Afegbua expressed his delight for having a presidential candidate who understands the dynamics and rubrics of what the expectations are, and how to confront them in measured dialogue and robust engagement.

He added that any candidate anticipating to lead the country must show a clear understanding of the variables, speak to them, come up with ActionPlan to interrogate the issues and set agenda for realising the objectives.

“In contending with the issues in Nigeria, a candidate must show a clear understanding of the variables, speak to them, come up with ActionPlan to interrogate the issues and set agenda for realising the objectives.

“I am so elated that we have a presidential candidate that understands the dynamics and rubrics of what the expectations are, and how to confront them in measured dialogue and robust engagement.

“When they expected him to carry out roadshows, he opted for Town Hall meetings which afforded him the unique opportunity to rub minds with critical stakeholders and opinion leaders at closer range. In Kano, he spent two days listening to the people on what their collective aspirations were, offered suggestions on how to recapture the textile and garment factories to rejig the North-West economy.

“Ditto for Kaduna when he spoke to the nucleus of Arewa Consultative Forum leaders. While his major opponent Alhaji Atiku Abubakar is busy settling his party’s internal squabbles, Asiwaju Tinubu is taking the shine,”he said

He said since the return of Democracy in 1999,Nigeria is experiencing effective use of Town Hall Meeting as witnessed in the past few weeks.

He alleged that,the presidential candidate of the People’s Democratic Party(PDP), Atiku Abubakar has been busy copying some of the activities of APC’s candidate

“I was amused seeing the PDP candidate Atiku Abubakar copying APC’s strategic women engagement by setting up Women Campaign Council months after APC set up its own.

“This APC’s campaign has been most segmented; the youths, the women, the party and the people. Give it to Asiwaju Tinubu when it comes to strategic engagement, you can’t beat him to it.”