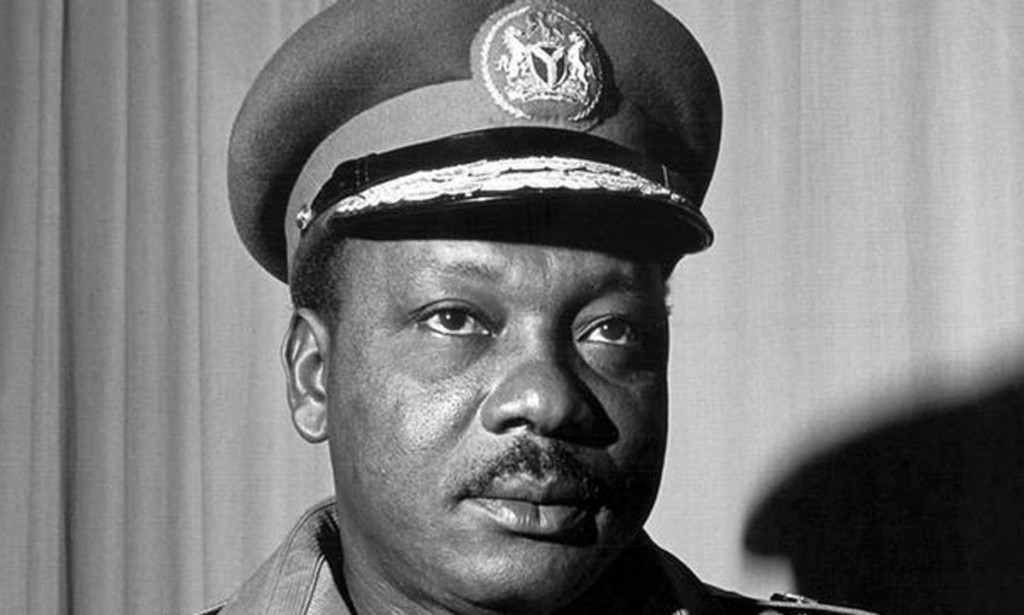 The name General Johnson Aguiyi–Ironsi evokes different memories for different people: The Army General who became Nigeria’s first Military Head of State following the bloody January 15 1966 putsch that sacked the First Republic; a patriot who took over the reins of governance at a very critical juncture of the country’s history; a villain who replaced the country’s federal system of administration with a unitary setup.

Sadly, of all the tags attached to Ironsi’s name, his promulgation of the “Unification Decree No 34”on May 24, 1966, which replaced Nigeria’s federal system of administration with a unitary arrangement, following the suspension of the 1963 Republican Constitution, has tended to stand him out in negative light; like an ugly sore, it enshrouds the sparkling image of arguably Nigeria’s finest officer and gentleman.

Despite serving his fatherland with his heart and might, a cause for which he paid the ultimate price, some bigoted, misinformed and mischievous raconteurs of the country’s history have tended to consign him to the dustbins of history. Some of Ironsi’s chief antagonists belong to Nigeria’sinfamous political establishment, and they includesome of his former contemporaries in the military and a section of the ruling political class. These individuals have formed the penchant of habitually attributing their inability to steady the country’s troubled ship of state to Ironsi’s decisions and actions in 1966. They are master buck passers adept at seeking out scapegoats to explain away their personal incapacitations.

Ironsi could be aptly described as a largely misunderstood messiah – my opinion – who saved the country from imminent collapse consequent to the sacking of the First Republic by some disgruntled hotheads in the military. He actually rallied the troops to end the coup by routing the mutineers, reestablishing law and order, with the aim of commencing a transition to civil rule. He, however, did not live long enough to fulfill his objectives as he was gruesomely liquidated by disgruntled officers of northern extraction, on the false assumption that he was fulfilling a supposed Igbo ethnic agenda to dominate the rest of Nigeria. The northern wing of the military, who were uneasy with the administrative changes proposed by Ironsi to reinvent a failing nation, held him responsible for the so-called “Igbo coup” of January 15th, and accused his government of hedging on trying the arrowheads of the coup, surrounding himself with Igbo officials, coupled with their fear of a looming second wave of the coup, targeted at obliterating the remaining northern officers.

Ironsi was prone to mistakes, just like all mortals, his hasty, ill-timed promulgation of the unification decree, being one of such errors. But the decisions he took in those critical times could be excused on the grounds that they were made on the spur of the moment, and in response to the uncertainties enshrouding the country during that dark period of its early history, and not forgetting the fact that he was a military man naturally oriented towards a centralized approach to governance. It must, however, be noted that without his intervention, there would probably have been no country called Nigeria in its subsisting form, as the mutual suspicion generated among the country’s principal ethnic groups by the coup could have culminated in the premature bifurcation of the infant republic.

For those blaming Ironsi for birthing the country’s much-vilified unitary form of federalism, the question begging for answers is what hassuccessive military regimes/ civilian governments, since his demise, done to redress this supposed anomaly? Why blame a man who was in power for barely six months for the country’s contemporary woes, when the country has had Presidents and Heads of State who occupied the same office for several years without improving on the supposed incongruous system they met on ground? If the country’s administrative structures are absurd, why haven’t they been restructured by Ironsi’ssanctimonious successors?

It would not be out of order to posit that the successive governments that have been privileged to pilot the country’s affairs in the post-Ironsi years have simply exploited the country’s administrative flaws to achieve their sinister objectives. This explains why, since July 28, 1966, successiveadministrations – though reaffirming their commitment to federal principles, including its defining indices of equal sharing of powers and resources between the center and the relatively autonomous constituent units – have tended to be unitary in their operation.

Rather than harangue Ironsi, Nigerians should be asking why successive rulers, after him, have proceeded to formalize the country’s distorted pattern of federalism by creating more states  (Yakubu Gowon – 12 states in 1967; General Murtala Mohammed – 7 states in 1976; General Ibrahim Babangida – 11 states between 1987 and 1991; and General Sani Abacha – 6 states in 1996),rather than reverting to the country’s defunct Confederal/Regional system of administration, which gave autonomy to the constituent units to manage their affairs.

Another critical question begging for answers is,who is the architect of the unjust structural catastrophe in which out of the 36 constituent states, 19 are located in the north, while the remaining 17 are in the south? Who has ensured that, out of the country’s 774 Local Government Areas, the 19 northern states have 419, while the 17 southern states have 357? Who is responsible for the arrangement that ensures that in the area of national political representation, the north enjoys an overwhelming dominance, as it accounts for 191 members in the country’s 360-member House of Representatives, while the whole of the south has 169 members? Why does the north account for 57 members in the 109-member Senate, while the south has 51? Who engineered the discrepancies that puts the north at an advantage in the sharing of the national cake and decision-making processes? Is Ironsi also to blame for these gross anomalies?

This writer is of the view that the country’s centralized system of administration has survivedtill date because it protects and projects the debauched interests of the country’s narcissistic political elite, who have formed cartels to commandeer the country’s resources to satisfy their unbridled lust for the fleeting appurtenances of life using all – legal and illegal – means available, which explains why the distribution of national resources have remained centralized,especially since the discovery of petroleum wealth.This also explains why certain individuals are averse to the idea of restructuring the country’s moribund administrative system.

Assuming Ironsi’s actions in 1966 inadvertently created a Cyclops, his successors could be said to have intentionally transformed his creation into a hideous Medusa; an ugly, menacing Gorgon that has sapped Nigeria of its strength, deemed its vision and pushed it to the precipice of balkanization. The inherent flaws in the country’s administrative system are fallouts of decades of gross misrule by a succession of decadent, inchoate, narcissistic demagogues, not six months of Ironsi’s accidental military rule.

In all, rather than blame Ironsi for the country’s subsisting administrative challenges, sincere efforts must be made to interrogate the country’s colonial past, as well as the unpatriotic dispositions of its avaricious political elite. When we do that, we discover that the brazen concoction and imposition of a conflict prone system of federalism on the country by its colonial overlords, sequel to the amalgamation fiasco of 1914, alongside several years of civil-military misrule are largely responsible for the country’s contemporary administrative woes. We must stop blaming phantoms for our self-inflicted problems.

Without sounding immodest, Johnson Aguiyi–Ironsi, compared to the perverted kleptomaniacsNigeria has churned out over the years, qualifies as a saint, not a villain, primordial sentiments apart. In saner climes, a colossus like him would be glowingly revered and fittingly addressed as the: First military leader of the Federal Republic of Nigeria; Supreme Commander of the Armed Forces; Force Commander of the United Nations Peace Keeping Mission in the Congo (The first African or Black Commander of any UnitedNations Peace keeping mission); First Indigenous General Officer Commanding of the Nigerian army; Nigerian Soldier extraordinaire and quintessential Statesman; and ultimately as, the ardent patriot who RESCUED Nigeria from the brink of self-immolation.

May the gentle soul of this largely misunderstood soldier-hero, this uncompromising patriot and zealous apostle of One Nigeria continue to rest in perfect peace! Adieu!