We Have Submitted PDP Replacements For Ebonyi Governor, Deputy- Ayu 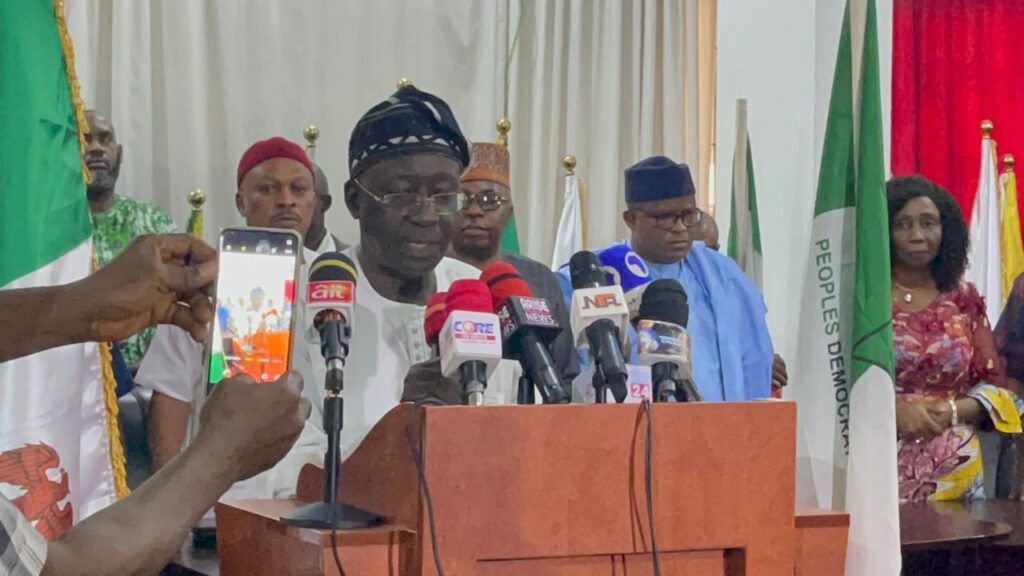 The National Chairman of the People’s Democratic Party Senator Iyorchia Ayu on Tuesday said his party has already submitted names of its replacements to the Independent National Electoral Commission after the court sacked Governor David Umahi and his deputy.
Justice Inyang Ekwo of a Federal High Court Abuja had ruled in favour of the PDP which filed a petition against the Governor and some members of the state House of Assembly after their defection to the All Progressive Congress.
Ayu, in the immediate response on behalf of his party, said already the names have been submitted.
Ayu urged the INEC to immediately issue certificate of returns to the PDP replacements.
He also called on the Chief Judge of the state to immediately swear the replacements in once they get the certificate of returns.