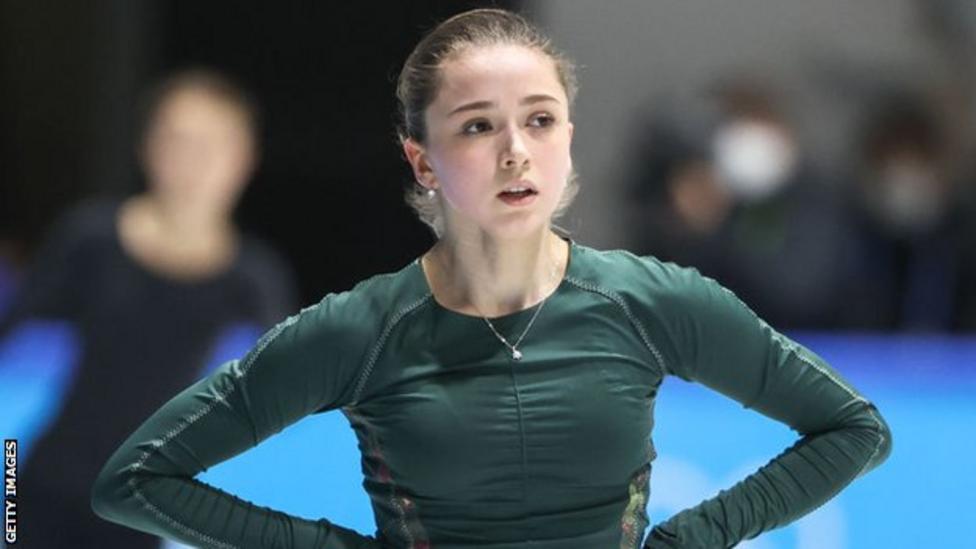 Kamila Valieva can compete again at the Winter Olympics after sport’s highest court ruled “exceptional circumstances” meant the 15-year-old Russian figure skater should not be provisionally suspended for a failed drugs test.

The Court of Arbitration for Sport (Cas) pointed to age and issues around timing of the test result announcement in the reasons for its ruling.

But critics have questioned why an athlete who has failed a drugs test is being allowed to compete on the world’s biggest stage.

The World Anti-Doping Agency (Wada) said it was “disappointed” by the ruling, saying it “appears that the Cas panel decided not to apply the terms of the Code, which does not allow for specific exceptions to be made in relation to mandatory provisional suspensions for ‘protected persons’, including minors.”

Valieva, who returned a positive test for angina-prevention drug trimetazidine on 25 December last year, had been provisionally suspended on 8 February but challenged the decision and the Russian Anti-Doping Agency (Rusada) lifted the ban the next day.

The International Olympic Committee (IOC), Wada and International Skating Union launched an appeal against Rusada’s decision to lift the provisional suspension, which is what Cas has now turned down.

Cas director general Matthieu Reeb said: “The athlete should benefit from the following exceptional circumstances: She is under 16 and a protected person under the Wada code.”

The ruling said “serious issues of untimely notification of the results” of the failed test – which came during the Games and nearly six weeks after she gave the sample – had also played a part in its decision.

“Such late notification was not her fault, in the middle of the Olympic Winter Games,” the ruling said.

American 1998 Olympic champion figure skater Tara Lipinski, said she strongly disagreed with the decision, adding: At the end of the day, there was a positive test and there is no question in my mind that she should not be allowed to compete.”

Valieva is now free to compete on Tuesday in the women’s individual figure skating competition, where she is favourite for gold.

While her immediate Olympic future has been resolved, this case that has overshadowed the Games and provoked outrage at how a child became embroiled in a case of suspected doping is far from over.

Wada has already said it will be investigating the teenager’s entourage, including coaches, doctors and other adults surrounding her, while the actual matter of the failed test is yet to be resolved.

There is also the issue of the team event medals which will not be handed out during the Games, with Valieva having helped the Russian Olympic Committee to victory before the test announcement.

And there will also be wider debates given a Russian has tested positive for a banned substance when the country is already banned from international competition because of its doping past.

Its 212-strong delegation in Beijing is competing under the Russian Olympic Committee flag and without its national anthem as part of the sanctions.

What was the Cas hearing about?

This hearing was simply to determine whether to reimpose a provisional ban or to back the Rusada decision to lift it – it was not looking at the failed test or the circumstances relating to it.

Essentially, it was to decide whether to allow the young skater, who became the first female to land a quadruple jump at an Olympics in the team event earlier in the Games, to take to the ice again in Beijing.

And it had to happen quickly because she was scheduled to compete on Tuesday in the women’s individual event.

The near six-hour long Cas hearing concluded at 02:10 local time in Beijing, with the three-person panel continuing deliberations into Monday morning.

In its statement Cas said it had considered “fundamental principles of fairness, proportionality, irreparable harm, and the relative balance of interests between the applicants and the athlete, who did not test positive during the Olympic Games … and is still subject to a disciplinary procedure [relating to the positive drugs test]”

“The panel considered that preventing the athlete from competing at the Olympic Games would cause her irreparable harm in these circumstances,” it said.

Within around half an hour of the Cas ruling, Valieva was back on the rink training in front of the media.

What has been the reaction to the ruling?

The IOC had earlier said it would follow the Cas decision “whether we like it nor not”, while the United States Olympic & Paralympic Committee (USOPC) said it was “disappointed by the message this decision sends”.

“It is the collective responsibility of the entire Olympic community to protect the integrity of sport and to hold our athletes, coaches and all involved to the highest of standards,” USOPC chief executive Sarah Hirshland said in a statement.

“Athletes have the right to know they are competing on a level playing field. Unfortunately, today that is being denied. This appears to be another chapter in the systematic and pervasive disregard for clean sport by Russia.”

The ISU said it respected the ruling and “needs time to assess before making any further comments”.

The Russian Olympic Committee, meanwhile, welcomed the ruling, saying: “Tomorrow the whole country will cheer on her and all our wonderful figure skaters in the individual competition.”

Valieva is set to compete in the women’s event which starts at 10:00 GMT on Tuesday with the short programme, where she is scheduled at 26th of 30 starters, and ends with the free skate on Thursday.

Given what we saw in her team performances, she is likely to shine with a series of gravity-defying quadruple jumps that are rare in women’s figure skating.

But if she wins a medal there are no guarantees that she would not be stripped of it at a later date once the anti-doping process is complete.

The IOC said later on Monday that it would “not be appropriate” to hold the medal ceremony for the team event, while if Valieva wins a medal in the individual event, no flower or medal ceremonies will take place.

So, in the short term Valieva competes, but issues like whether she has taken up her right to ask for her B sample to be tested as part of the anti-doping process remain unresolved.

There will also be the Wada investigation into her entourage to find out how a child came to fail a drugs test in the first place.