With Obasanjo’s Words to Tinubu, Victory is Assured – Gbajabiamila 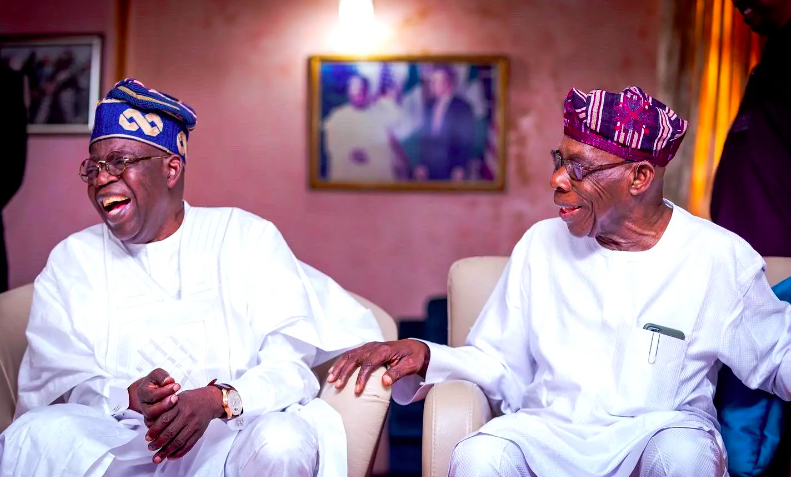 Speaker of the House of Representatives, Femi Gbajabiamila, has said that what he heard from former President Olusegun Obasanjo on Wednesday during the visit of the Presidential candidate of the All Progressive Congress, Bola Ahmed Tinubu, are enough to convince him that victory is waiting for the APC next year.

The Speaker spoke on Thursday during an open meeting with his constituents where he was seen dancing to Kizz Daniel’s popular song, Buga to the admiration of his supporters.

“When we were going to Obasanjo’s house, we were eight, including Asiwaju Tinubu and me. We didn’t want many people to know about the meeting. So, we were to meet Obasanjo and five others from his side,” he said.

“But when we eventually got there, we met something pleasantly shocking: a mammoth crowd of our supporters were already at the former president’s house waiting for us.

“So, I, Chief Osoba and Chief Akande and Asiwaju went from our side. My people, what I heard there, what Obasanjo said, the victory of Asiwaju is assured.

“Obasanjo spoke at length and we were all happy. He embraced our candidate like a brother, gave him a pat on the back, and prayed for him copiously.”

“Next year’s election is going to be an important one in our nation, and we all need to make the right decision,” he said.

“From all indications, there are three main candidates for the election. We know the records of everyone, we know what they did and what they did not do.

“Two were former governors and we know the one whose records are enduring and we know how the other people performed while in office.

“But one thing is a fact: there is none out of the three candidates that has the records of Tinubu.