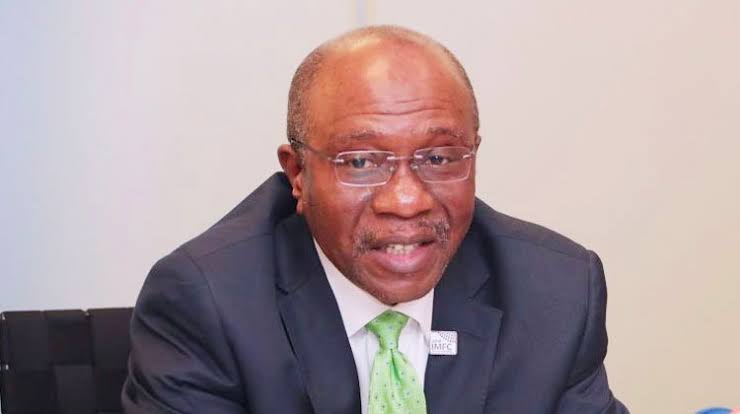 Governor of Central Bank of Nigeria, Godwin Emefiele late Wednesday denied procuring private jets to prosecute his rumoured 2023 presidential ambition.
Emefiele, who opened a new twitter account on Wednesday, described as “fake” an online report which claimed that he had purchased three private jets in preparation for his presidential ambition.
Describing the report as “fabricated,” Emefiele merely retorted in his tweet “Fake News” in reference to the report.
There have been speculations about Emefiele’s intention to declare for the presidential race.