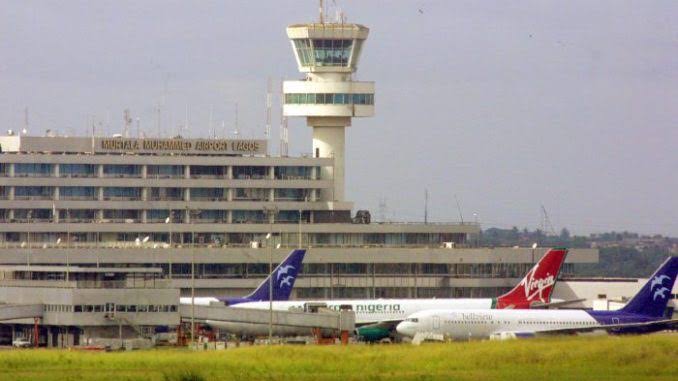 Some Domestic Airlines` Executive Officers have said that airfares hike is long overdue in Nigeria.

According to airline officials, some charges to be paid by the airlines have been skyrocketed while most maintenance services are done through foreign exchange.
Managing Director of Aero Contractors, Capt. Mahmoud Abdullahi, who said that airfare hike was overdue, maintained that the fuel price kept increasing while some service providers had increased their tariff by more than 250 per cent.
“ The airline fare hike is long overdue, as you are aware of the increase in the fuel price and forex.
“Additionally, of recent, the service providers (Sahcol and Nahco) increased their tariff by 250 to 300 per cent; at the international airport, it is even 500 per cent increase.
“Fares that you see now have always been in the airlines inventory. What airlines do is to close lower bucket fare and open next fare bucket, but those lower fares are still in airlines inventory, “ he said.
According to Abdullahi, though airlines may experience low patronage, they have to survive.
The managing director said that every move by the airline was in the interest of safety.
He pointed out that airline income was in naira while most of their expenditure was in forex.
“Regulators play a very good role in pricing. If an airline prices its ticket so low, regulators have to investigate to find out how this airline can meet its obligations with the price that it is charging.
“They have to make sure the airline does not cut corners on maintenance,“ he said.
Abdullahi explained that no airline would intentionally delay or cancel flights, but due to variables including; weather, technical, airport facilities, sunset airport among others.
The Azman General Manager, Mr Suleiman Lawan, who also spoke with NAN, said that it had reached a time when the airfares could no longer remain the same as they used to be.
According to him, aircraft handling is different from other transportation systems.
He noted that tickets prices started from N27, 500 up to N35, 000 before it was increased to minimum of N50, 000.
“Everyday you have to plan for importing spare parts, which is in USD and you cannot get such money from the government. It’s only from the parallel market. Also A-jet fuel is in the higher price.
“Handlers have increased their charges, even the government has increased its charges. So, based on the above explanation how can airlines survive the situation.
“Apart from that, they have so many responsibilities to handle, such as; payments of salaries, aircraft checks out of Nigeria, which they have to get the money from the same parallel market,“ he said.
Lawan urged the government to assist airlines in some responsibilities.
According to him, the airlines are looking for the way to have a breakthrough not even making profits.
The Max Air Executive Director, Mr. Harish Manwani said the airlines ought to increase the fare to cope with the daily expenses to survive.
The executive director noted that Max Air hardly delayed or cancelled flights except for extra ordinary weather conditions.
“Even with low turnout, the airline has its flights flown the routes across the country,“ he said.
An Aviation Expert, Group Capt. John Ojikutu Rtd, urged the public and the responsible authorities to have interest in the airlines` makeup areas for the sustenance of their operations.
Ojikutu said he had expected the hike in the airfare about 10 years ago.
“Selling air ticket at a naira rate less than $100 for a flight of one hour makes no economic sense in Nigeria where over 20 years ago $100 was the fare.
“Aviation fuel was being refined in the country around 1999, whereas today we have been importing fuel for well over 10 years.
“Naira exchange has grown steadily from N180 to N360, N400, and now over N500 to a dollar and our airlines are selling tickets at N26,000 or in rare cases N30,000 even when we are importing fuel,“ he said.
Some air travelers at Nnamdi Azikiwe International Airport (NAIA) appealed to the Federal Government to intervene on the recent increased of air fares.
According to them, the Nigeria Civil Aviation Authority (NCAA) is responsible for approving the tariffs of fares on the tickets of each operator submitted to it after due consideration.
“ That include the airlines operators, airports operator (FAAN) ground handling companies, among others. Determining the cost of fares and charges by operators is the designated responsibility of NCAA