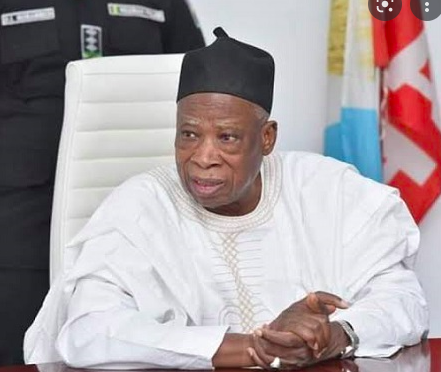 The ruling All Progressives Congress has said there was no plan to remove its National Chairman, Abdullahi Adamu.

Some party faithful have been moving against Adamu for allegedly taking unilateral decisions, citing the build-up to the party’s presidential primary when he declared the President of the Senate, Ahmad Lawan, as the party’s consensus candidate.

There is also ongoing agitation of the party’s failure to refund the nomination fees of 126 aspirants as promised.

The party’s National Publicity Secretary, Felix Morka, in a statement in Abuja on Wednesday, said there was no plan to remove the chairman.

The statement read, “The attention of the All Progressives Congress has been drawn to opposition-sponsored media reports on plots to remove the National Chairman of the Party, Abdullahi Adamu.

“The reports are based on the imagination of its sponsors ostensibly unnerved by the remarkable achievements of Adamu since assuming office as the National Chairman.

“Our party and leaders are currently focused on the important task of building a strong and vibrant electoral campaign ahead, and will not be distracted by boring chirps of idle speculators.

“The opposition People’s Democratic Party is quite welcome to continue to dissipate its energies on innuendoes and chasing after phantom plots in APC rather than concentrate on mending its broken and acrimonious house. The National Working Committee of our party stands united under Adamu’s leadership as National Chairman with the singular commitment to winning the next general election.”