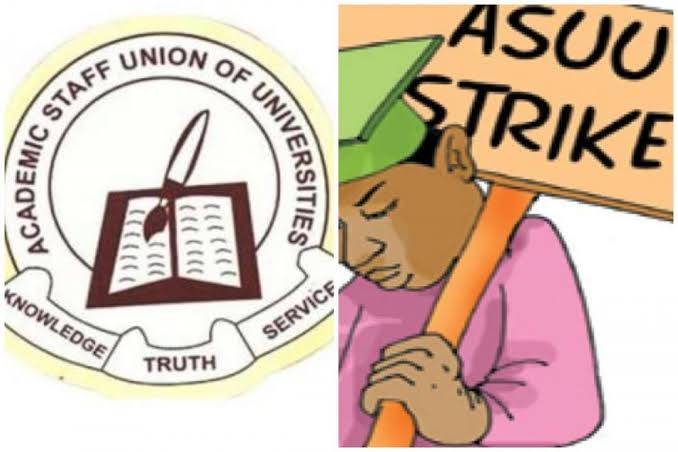 Different chapters of the Academic Staff Union of Universities have started to vote in favour of continued strike after the expiration of the one-month warning strike.

The union had earlier embarked on a one month of warning strike which has entered its third week.
The union President, Prof Emmanuel Osodeke, had indicated at a press briefing held at the University of Lagos that the strike was meant to sound a note of warning to the government within which it could call the strike off if the government was disposed to amicable resolution by acceding to its requests.
With one week left for the expiration of the warning strike coming, the chapters have been voting to either continue with the strike or end it after the expiration of the one month.
So far, two chapters of the union have voted in support of the continuation of strike.
The University of Abuja, according to ASUU, not only voted in support of the continuation, the chapter has also challenged the Minister of Labour and Productivity, Chris Ngige, to substantiate his claims that a sum of N90bn has been paid to the union.
The Bayero University, Kano, has also voted for the continuation of the strike saying that until the government meets its full demands, the strike action should not be called off.