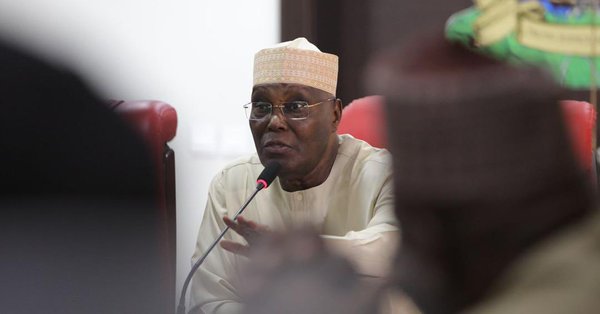 Former Vice President Atiku Abubakar has visited Kaduna in furtherance to his campaigns, seeking delegates and peoples support in actualising his ambition of becoming Nigeria’s president in the coming 2023 elections.

Abubakar, interacting with the Peoples Democratic Party’s delegates on Tuesday at the party’s secretariat, promised to address issues of power devolution to states and local government areas (LGAs).

He explained that the Federal Government was over burdened and too strong, which he believed by devolving power to states and LGAs, would ease its pressure and ensure effective administration.

“There is need for powers and resources to be devolved to states and LGAs for them to effectively do their work.

“My view is for the Federal Government to be small in size,” Abubakar said.

He promised to work with state governors, national and state assemblies that would be elected, to amend the constitution for more powers and resources to states and LGAs.

He urged the delegates to support him in the primary elections.