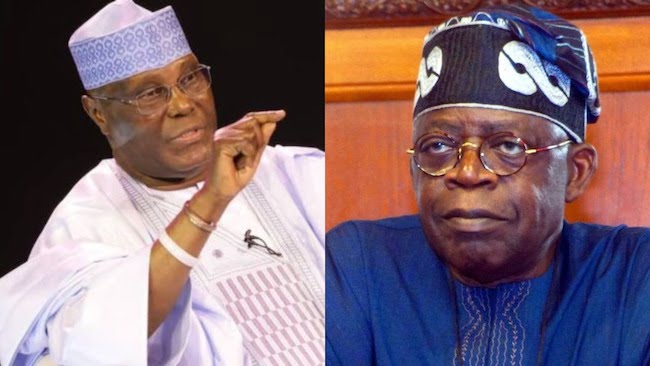 By Joseph Edgar (Duke of Shomolu)

I heard this term developmental corruption on Sunday at TeraKulture. It was a veteran and very brilliant investment banker who coined it.
It perfectly captures what we have already known about the political outlook of these two gladiators.
As I write, Mr. (Bola) Tinubu is on the verge of capturing the APC nomination after almost possibly crippling the treasury of a well-known state allegedly.
So, on Sunday, we were in a heated debate on a possible presidency of either of these two.
The general consensus was that these two have a liberal economic outlook. Understand the role of the private sector as a major engine for economic growth and would put policies in place that would encourage and drive sectorial initiatives
But at what cost did I ask? The reply was that whatever they will ‘steal’ will be inconsequential to the amount of growth that we will witness.
To buttress their point, they talked about the Lagos State IGR, which has moved phenomenally as a result of a perfect understanding of the terrain.

They also mentioned that Akwa Ibom, my state, and a PDP bastion was also using the sane firm that was collecting IGR for Lagos and has also witnessed a huge spike in collections.

Lagos although not in good stead when compared with other such mega cities in the third world, still stands heads above all states of the federation on key indices as a result of the continuous application of liberal economic tendencies as a result of the Tinubu mystique

For Atiku, they told me that the last time we privatized any meaningful thing was during his tenure as constitutional head of the BPE.

Although most assets were sold off allegedly to cronies, the effect of the exercise in lessening government burden and empowering the private sector and creating jobs is there for all to see.

The story of Intels and its mess was discussed, but its role in boosting government revenues through the NPA was also mentioned.

So according to them, if you juxtapose this with the 8 years of restrictive and incestuous economic policies which has led to a 600% devaluation of the Naira, historic job losses and a cataclysmic effect on the economy we may want to start begging for either a Tinubu or Atiku Presidency.

So now the question would be: do we turn a blind eye to the expected blind thievery and croynism that would herald this dispensation because of the attendant general economic benefit or do we say No and say, “it’s better for us to die poor than being economic slaves as a result.”
A third leg is emerging in Peter Obi and Kola Abiola. Peter is saying the right things and has lived an exemplary life. But does he have the weight and muscle to defeat these two mercantile giants?
What must have been going through his mind as he watched the bare-face monetary thuggery that went on at both conventions?
His appeal to our moral conscience sadly would not be enough to muscle down these two giants.
Kola Abiola’s intellectual morality is another possible third leg. Clinching the nominations of possibly the third largest party and positioning himself for any perceived fall out from intense politicking in the big two may just be a prayer waiting to be answered.
So, as we await to crown Mr. Tinubu and begin to prepare ourselves for an epic battle, let me just say that Nigerians have once again been sold a very terrible dummy.
We have once again pitted ourselves between two devils and will have to choose one as the lesser evil.

*Edgar, a columnist is also Investment banker and a theatre production executive in Lagos