Belgium Gets All Three Points After Win Against Canada 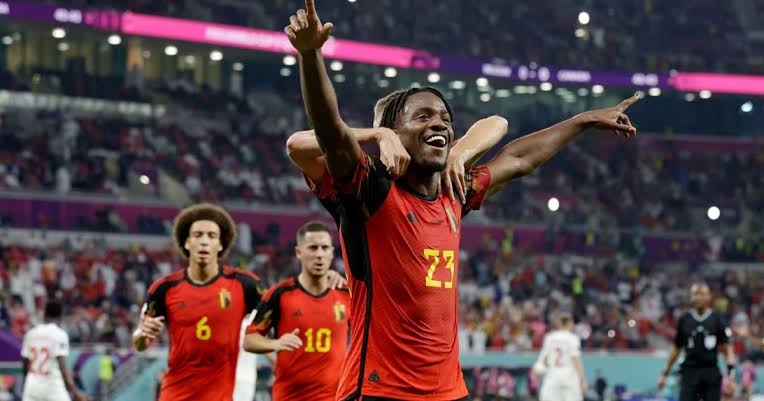 Belgium got all three points after edging pass Canada in a thrilling contest on Wednesday.

Canada had the chance to take an early lead in the 11th minute after Yannick Carrasco handled the ball with his hand in the 18th area and a penalty was awarded , Alphonso Davies stepped up to take the resulting penalty kick but Thibaut Courtois was equal to the task as he saved the spot kick and kept Belgium in the match.

Canada had lot of possession but were unable to take their chances, Belgium scored the only goal of the match through Michy Batshuayi in the 44th minute after a long ball from the Belgium defender Toby Alderweireld found its way through to Michy Batshuayi who converted.

This result put Belgium at the top of Group F and in a good position to make it to the knockout stage of the world cup after Croatia and Morocco had earlier played a goalless draw.

Canada would be looking to bounce back and get a good result in their next match against Croatia on Sunday if they are to stand any chances of progressing from Group F into the knockout phase of the FIFA world cup at Qatar.