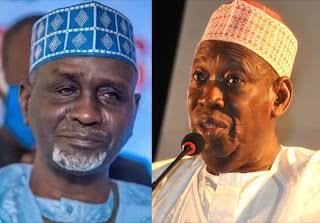 The camp of the Governor of Kano, Abdulahi Umar Ganduje has won the case against the faction led by the former Governor, Ibrahim Shekarau.

At the Appeal Court of the FCT on Thursday, the appeal of the G-7 Faction led by Shekarau dismissed the position of the federal high court which earlier upheld the parallel congress of the faction.

Prince Abdulahi Abbas had emerged the chairman of the faction led by Ganduje.

In the judgment delivered on Thursday, the appeal court insisted that the Federal high court, FCT division lacks the jurisdiction to sit on the APC ward and local government council congresses which recognised Haruna Ahmadu Danzago as party chairman.