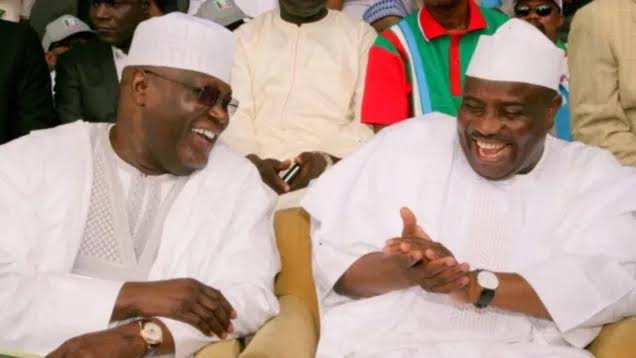 Governor of Sokoto State Aminu Tambuwal has announced that he is stepping down for the former Vice President Atiku Abubakar.
The Peoples Democratic Party has confirmed the withdrawal.
It was at the venue of the primaries holding at the MKO International Stadium Abuja.
Former Managing Director of the FSB, Muhammed Hayatu-Deen, had earlier stepped down from the race.
The race is now between Atiku and Governor of Rivers State, Nyesom Wike and former Senate President Bukola Saraki.
Details later…